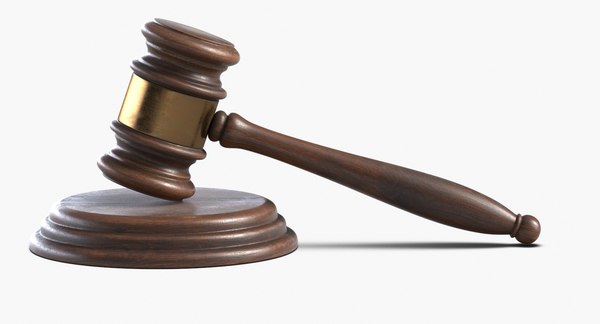 A wooden gavel. Two suspects were on Monday charged for smuggling sugar from Uganda.

The High Court sitting in Nairobi has upheld the judgment of the Tax Appeals Tribunal (TAT) delivered on December 8, 2016, to the effect that Ushindi Limited a gold exporter owes the taxman Ksh1.65 billion in unpaid taxes.

Further, the taxpayer alleged that most of the gold was purchased from artisan miners who normally did not give their personal details nor tax invoices.

It was also the taxpayer’s contention that it maintained records in accordance with the Trading in Unwrought Precious Metals Act which only required details limited to; the date of transaction, nature and weight of precious metal and price if any.

There was, in its view, no requirement to give names or identities of the sellers based on an alleged correspondence from the then Ministry of Environment and Mineral Resources.

In the circumstances, the Commissioner relying on the provisions of Section 54A of the Income Tax Act disallowed the costs claimed by the taxpayer on account of its failure to furnish it with documents requested.

It was the Commissioner’s view that the taxpayer had failed to provide documents sufficient for computation of tax.

As regards the directive from the Ministry placed reliance on a letter by the then Minister for Mining confirming that the law did not provide a waiver of the requirement to keep a register of transactions.

As such the court held that the Ministry went beyond its powers to allow dealers to transact without keeping the requisite records.

It was thus the court’s view that the taxpayer had failed to comply with obligations set out in Section 11 of the Trading in Unwrought Precious Metals Act as well as Section 54A of the Income Tax Act.

Further, the court upheld the TAT observation that by not disclosing the names of the suppliers then the taxpayer was shielding the fraudsters from being assessed to tax.

Consequently, the Court upheld the Commissioner’s position (and indeed the ruling by the Tax Appeals Tribunal) that in view of the taxpayer’s failure to furnish the Commissioner with the documents requested, it could not purport to claim costs under Section 15 of the Income Tax Act.

It was upon the taxpayer to prove that the tax assessed had been wrongfully imposed and it failed to do so.

Employers Cannot Use Coronavirus Lockdown as Sick or Annual Leave