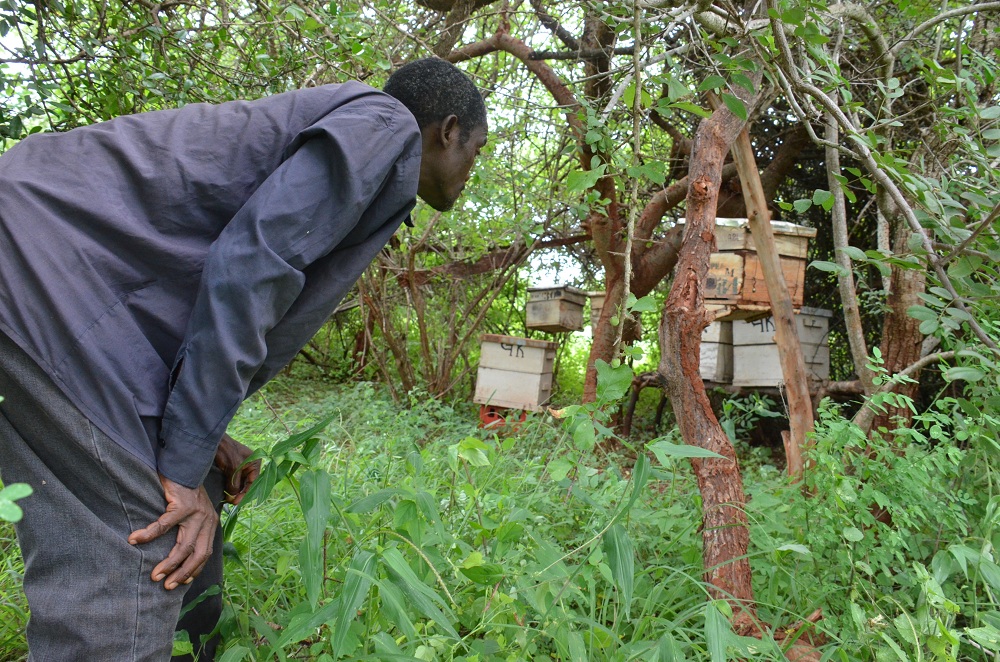 [dropcap]E[/dropcap]mmanuel Mzungu creeps towards a set of old beehives located at the heart of a thick bush near his mud-walled house at their family farm in Mazora village in Mwatate sub-county.

His movements – smooth and effortless – disturb a low-hanging branch of a tree. Curious worker bees dart around his head in a frenzy. A moment later, the bees are gone and he resumes his careful crawl to the nearest hive. It’s a traditional log beehive.He surveys its base carefully, nods and crawls back out of the thicket.

“They look ready for harvesting,” he says pointing at over eight beehives in the apiary he has inspected.

Mzungu is amongst hundreds of the bee-keepers in Taita-Taveta County anticipating a bumper honey harvest later this year.

With six apiaries and 62 beehives, the farmer is one of the largest individual honey-producers in Mwatate. He has an average production of 200 kilogrammes per harvest.

He says heavy rains currently pounding the county have been a pain in the neck for most people but beekeepers in the region are rejoicing as they anticipate fortunes.

Honey production levels in Taita-Taveta County had plunged to unprecedented levels following a prolonged and severe drought as colonies of bees abandoned hives in search of water and foliage. The drought rendered farms bare while bushes dried up leading to acute shortage of flowers.

Williamson Nyatta, another veteran beekeeper from Rong’ejuu said the drought hit farmers hard, noting that bees migrated but are expected to return from next month.

He added that most farmers are now waxing their hives in readiness for return of the bees.

Nyatta owns 92 beehives, whose harvest dipped from over 200 kilogrammes per harvest to below 100 in 2017. He however said he harvested wax which he sold to a Nairobi-based company.“The bees will be back in May. We are now cleaning the hives,” he said.

Taita Taveta County is considered one of the Arid and Semi-Arid Land (ASAL) regions with vast potential for honey production as the county has millions of acres of ranchland suitable for livestock rearing, including bee-keeping.

Statistics from the department of livestock show the region has an average honey production of sixteen tons per year. In dry seasons however, the quantity drops to slightly between nine and ten tons.

Currently, there are slightly above 600 farmers across the county engaged in bee-keeping activities and share amongst them a total of 8,010 beehives. This number of farmers is considered too low for optimum honey production which can surpass the 30-tonne mark per annum.

Bancy Mutheu, the manager of Tsavo Bee Keeper refinery in Mwatate, agrees that the potential for honey production is yet to be exploited revealing that her organization intends to recruit 3,000 more farmers.

The refinery, started in 2016, is funded by Christian Aid through Nyuki Hub Kenya Limited. It buys combed honey from farmers at Sh 250 per kilogramme. Nyuki Hub runs similar projects in counties of Makueni, Narok and TharakaNithi. 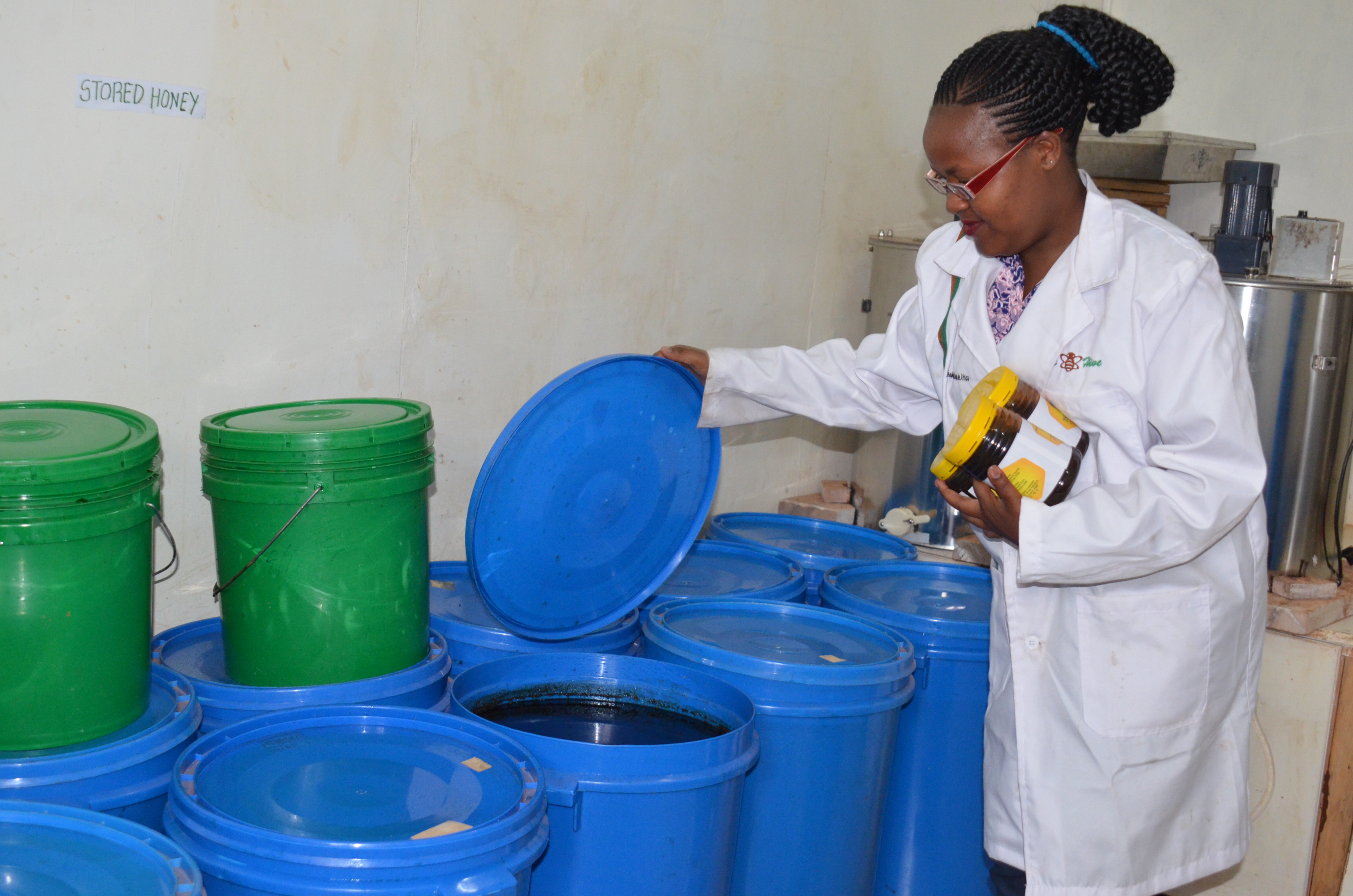 To achieve that goal, Mutheu noted the organisation and livestock officers, are conducting extensive training for farmers in honey producers’ associations across the county.

To supplement this, the county has also drafted a livestock policy that proposes construction of Apiary Demonstration Centres in the four sub-counties that will see each ADC have 15 modern beehives. Farmers will also be taught aspects of value addition, honey post-harvest handling and marketing strategies.

Mutheu terms lack of large-scale outlet as the biggest challenge facing bee farming in the region, noting that since 2016, when the refinery engines roared to life, it has only sold a total of 630 kg in small amounts to local consumers.

Records at the refinery show by April this year, 2.4 tons of purified honey was lying in the store with for lack of market.

“We have over two tons of pure refined honey with no market.  This is the biggest challenge facing us because we are likely to be stuck with a lot of honey that is not moving to buyers,” she said.

Mzungu said farmers needed empowerment to reap maximum benefits from bee-keeping. Amongst the incentives they propose is to have a reliable source of water to cultivate an orchard where bees would get unlimited supply of flowers.

READ: NMG shakes up its management to stimulate growth

He added that the proposed orchard would be set in a 4-acre piece of land with farmers in Tsavo Beekeepers group jointly owning over 100 beehives that will be on the land.

“With such a project, we can grow our beehives to over 500 where the sales from the honey will be distributed amongst the members. All we need is a regular source of water,” he said.