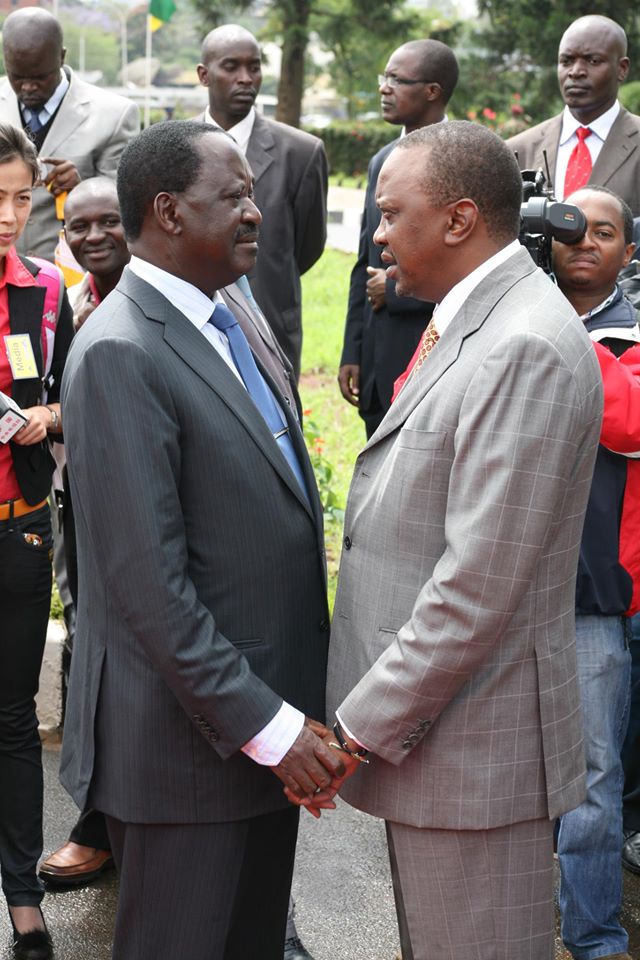 President Uhuru Kenyatta Monday said that even if NASA presidential candidate Raila Odinga wins the October 17 repeat poll, Jubilee has the numbers to impeach him in less than three months.

Even though Jubilee would be relying on the majority they command in both the National Assembly and the Senate , it is worth looking for the provisions of the constitution on impeaching a sitting president and what follows.

Article 145 of the 2010 Constitution provides that a member of the National Assembly, supported by at least a third of all the members, may move a motion for the impeachment of the President on the grounds of a gross violation of a provision of the Constitution or of any other law; where there are serious reasons for believing that the President has committed a c***e under national or international law; or for gross misconduct.

If the member manages to garner the support of two thirds of all members, the National Assembly Speaker shall inform the Speaker of the Senate of that resolution within two days but
the President shall continue to perform the functions of the office pending the outcome of the proceedings.

The Speaker of the Senate shall convene a meeting of the senate to hear charges against the President Within seven days after receiving notice of a resolution from the Speaker of the National Assembly and the Senate, by resolution, may appoint a special committee comprising eleven of its members to investigate the matter.

If at least two-thirds of all the members of the Senate vote to uphold any impeachment charge, the President shall cease to hold office.

Who takes office next?

Article 146 of the Constitution states that when a vacancy occurs in the office of President, the Deputy President shall assume office as President for the remainder of the term.

This means that if at all Jubilee will successfully impeach Raila Odinga if he ascends to the presidency in the October 17 fresh election; it is Kalonzo Musyoka who will become the president for the remainder of the term by virtue of being the serving deputy president.

This would still be a win for the Nasa coalition.