Two Indians have been deported after their permanent resident permits were revoked by the Department of Immigration Services for causing grievous harm against their daughter.

According to the Directorate of Criminal Investigations, Keyur Navinchandra Savla and his wife Keyur Jyoti Savla who had been charged with the offence against Minor VKS and acquitted, were on Monday evening deported back to India.

The minor’s case was first highlighted about 10 months ago by African Uncensored, a platform founded by former KTN investigative journalist John Allan Namu, who chronicled how the child, pseudo-named Alika, underwent suffering under her parents that left her with various injurious including a blow to her skull that left a five-centimetre crack, partly paralysing her.

“Alika’s” parents have been deported. She is safe, in the custody of the couple that took her in after her abuse was exposed. Been writing about & following this case for four years. You can read the series here : https://t.co/tHVMvFZQzC #JusticeForAlika @AfUncensored https://t.co/BeccJo7qLC

During the hearing, Bijal Shah, the headmistress of My School (Montessori), showed photos of abuse the minor underwent at the hands of her parents.

In August 2018, Nairobi Magistrate Hellen Onkwany, however, acquitted the couple saying that they had no case to answer.

The magistrate said faulted the prosecution for not proving that the couple assaulted their daughter.

The parents through their lawyer Mwaniki Gachoka, had said that their daughter had suffered injuries during epileptic seizures.

The two were from Visa Oshwal Community centre.

In a tweet, the DCI confirmed that the minor is in good hands and safe.

The saga let to several sackings within the Visa Oshwal Community centre which also affected suppliers. 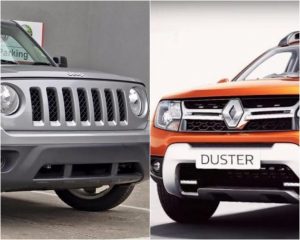 Why Renault, Fiat Chrysler are considering merger worth Kenya’s budget
In what is set to be the the third largest…