Fiat Chrysler has proposed a merger with Renault worth Ksh3.6 trillion, making it the third largest automaker

In what is set to be the the third largest automaker, Fiat Chrysler and Renault are set to merge after reports of a 50%-50% proposal emerged.

Initiated by Fiat-Chrysler, the Italian American automaker proposes to merge with Renault in an estimated Ksh3.6 trillion deal. The figure is marginally higher than Kenya’s national budget of 2018/2019, which stood at Ksh3 trillion.

The proposed merger emphasises the growing global village, as the new multinational conglomerate will include firms that have their origins in Italy, the USA and France.

Fiat-Chrysler is itself a product of a 2014 merger of Italian automaker Fiat and American corporation Chrysler.

French automaker Renault meanwhile is in an alliance with Mitsubishi and Nissan, and it is not clear how the proposed merger with Fiat Chrysler will affect the partnership with the Japanese car makers.

In the merger which will see shareholders of both firms own 50% of the new company, a total of 8.7 million vehicles could be made annually, according to international news websites.

The new firm could also save a total of Ksh565 billion in research, and this could point to why the proposed merger makes sense.

It is increasingly becoming expensive for automakers to make ends meet, with some having to lay off staff in lean times.

According to CNN, carmakers are facing a huge challenge with global sales falling. At the same time, they need to be spending more to develop electric and autonomous vehicles.

The future of transportation is also coming under pressure from the likes of Uber who provide convenient methods of travelling (so you may not need to invest in a car) as well as the Elon Musk led Tesla, that is pushing frontiers in futuristic car making.

In saving up on research, it points to a need for the automakers need to save on developing fresh ideas for the car market.

Both Fiat Chrysler and Renault also have the disadvantage of not being major players in areas such as Asia and Africa.

Fiat Chrysler owns brands such as AlfaRomeo, Chrysler, Dodge, Fiat, FiatProfessional, Jeep, Lancia and Maserati which are not as popular in Africa as say Nissan, Toyota and Volkswagen brands. Instead, the firm has a big upscale in North America.

If the deal goes through, it will make the Fiat Chrysler-Renault merger the third biggest automaker, surpassing General Motors and behind Volkswagen and Toyota.

The deal is also set to not impact the closure of factories held by both carmakers, but it could lead to job cuts.

In terms of annual revenue, Fiat Chrysler brought in around Ksh12 trillion last year, while Renault’s revenue stood at an estimated Ksh6.6 trillion.

[See Also: More parts of the brain control and link depression and pain] 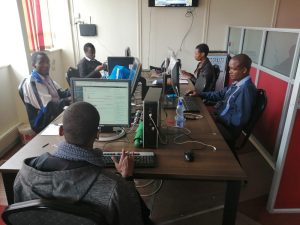