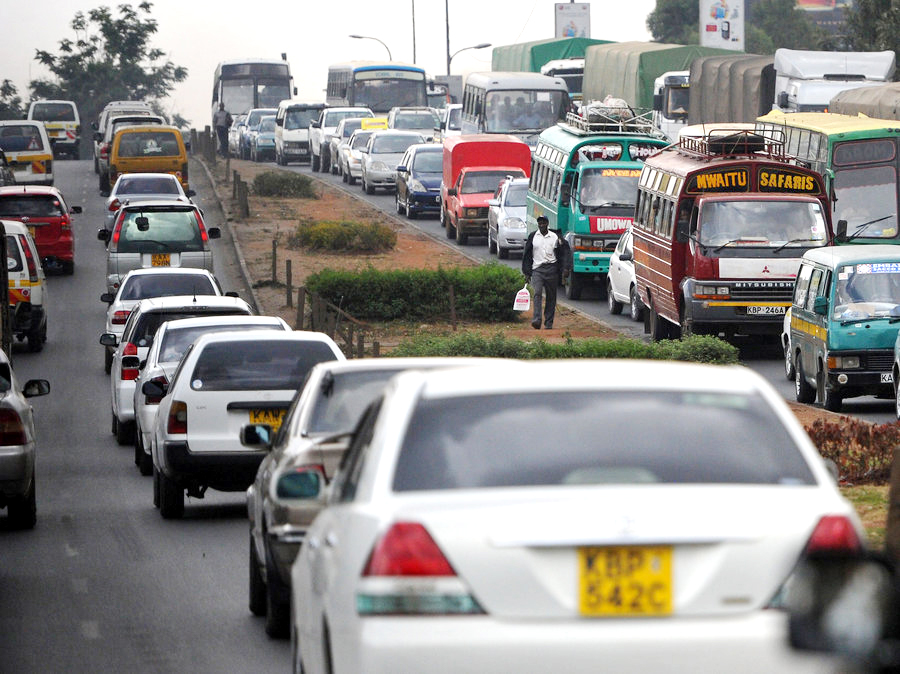 Vehicles pictured in traffic in Nairobi.

The Energy and Petroleum Regulatory Authority (EPRA) on Thursday, January 14 announced an increase in fuel prices.

EPRA stated that the hike was informed by increased average landed costs – the total charge associated with getting a shipment to its destination.

The increased costs are sure to affect numerous individuals and households in Kenya, with many still reeling from the economic shocks of the Covid-19 pandemic.

Maximum pump prices in Mombasa will be Ksh104.60, Ksh94.01 and Ksh84.75 for Super Petrol, Diesel and Kerosene respectively.

In Eldoret, maximum pump prices for Super Petrol, Diesel and Kerosene were set at Ksh107.62, Ksh97.23 and Ksh88 respectively.

The prices are inclusive of the 8% Value Added Tax (VAT) in line with provisions of the Finance Act.