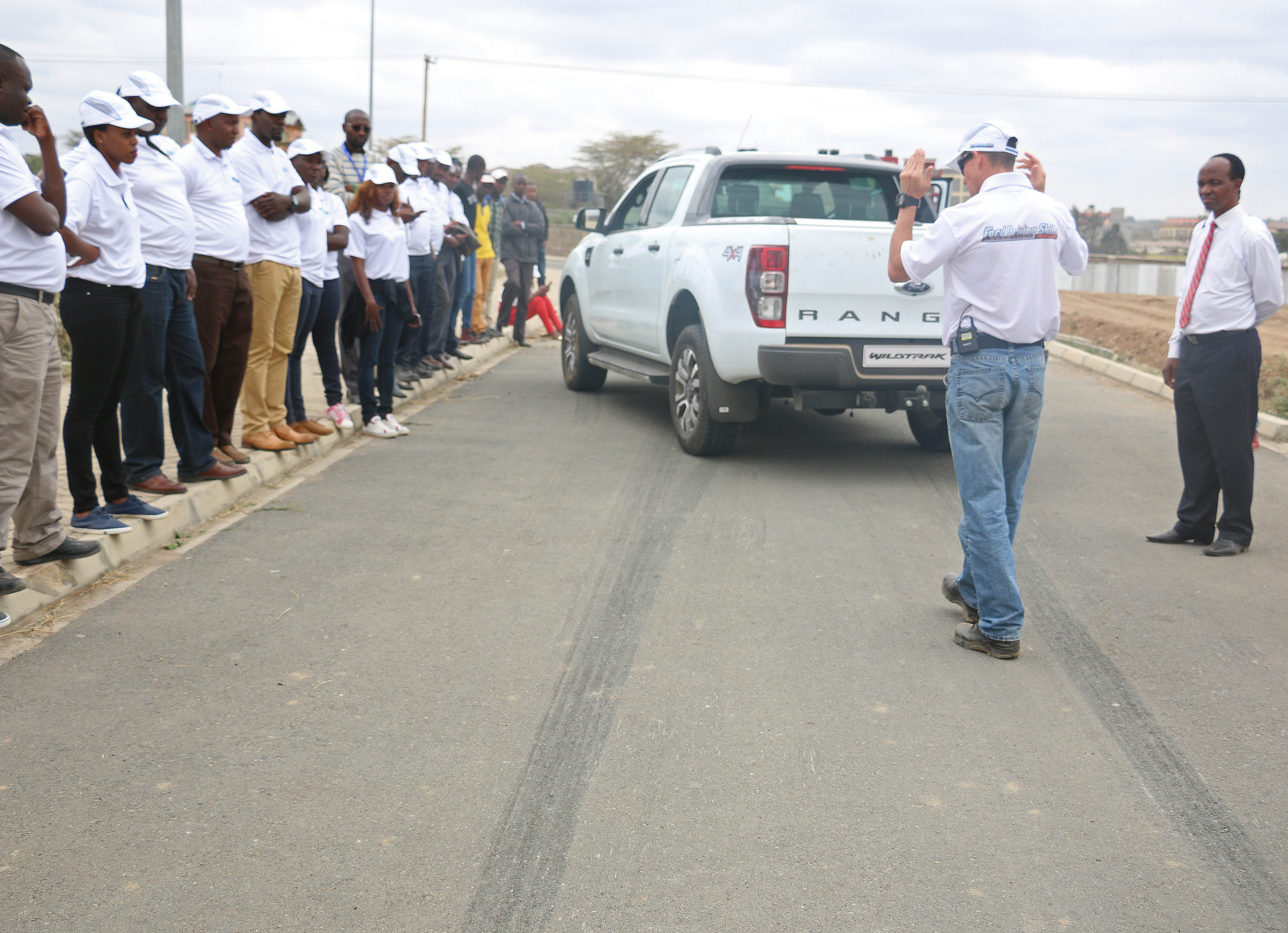 This was revealed during the second Ford Driving Skills for Life (DSFL) programme, which took place at the National Industrial Training Centre in Athi River, Nairobi, from September 12-14.

“The NTSA is a government body, which was established in 2012 and has been charged with improving road safety in Kenya and we are very pleased that they joined forces with us in our DSFL training programme this year,” said Ryan Majiwa, Group Marketing Manager at CMC Motors.

This year, the DSFL programme included driving on a 4×4 trail requiring the use of four-wheel drive, as well as a special presentation on child safety in the car. Participants got the opportunity to learn about the features that the Ford vehicles offer such as safety, departure angles, brake distance on gravel and anti-lock braking system (A.B.S) as well as how to use other four-wheel drive functions such as traction control and locking differential.

Additionally, the programme included drunk-driving goggles to demonstrate how dangerous it can be to drive under the influence of alcohol.

“Reducing the number of road fatalities is a top priority for the NTSA. Drivers have a high sense of responsibility and their actions can affect the lives of many people.  Initiatives such as Ford’s Driving Skills for Life are a good way to spread awareness around road safety in Kenya. Such initiatives boost the Authority’s efforts in keeping our roads safe. We also believe this programme will provide participants with key learnings on how to manage critical factors such as vehicle handling, speed management and space management, distraction and impairment,” says Francis Meja, Director General at the NTSA.

A total of 40 people, including the NTSA team, CMC employees, media and customers, participated in the Ford DSFL programme this year.

“Since the first DSFL programme in 2016 proved to be so successful in Kenya, we aimed to make the 2017 programme even more valuable by providing additional training to more people,” concluded Majiwa.

Ford’s DSFL programme was held in Kenya for the first-time last year. Kenya was the fifth country in sub-Saharan Africa where this programme was rolled out, following introductions in South Africa, Angola, Nigeria and Uganda.

Ford launched DSFL in the United States in 2003 where it was aimed at people who had recently obtained their driving licence. Over the years, the DSFL programme has evolved and adapted to suit local conditions all over the world. More than a million people were trained worldwide.