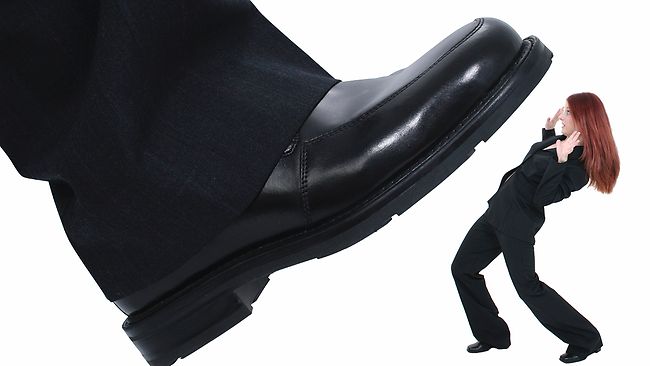 Many entrepreneurs and managers have to manage people as well. In fact, managing people is one of the top five challenges cited by small business owners. Below are five things entrepreneurs can do to be a better “boss” and manage their employees.

Try to figure out what your employees want in life. You need to have a sincere curiosity for the people working for you and how you can serve them better. I’ve started several businesses, and the truth is that the life of an entrepreneur is very stressful. The average net margin of a company in the U.S. is between 5 percent and 8 percent, meaning 5 to 8 cents of profit for each dollar.

That’s not a lot of money for a small or medium-sized business. Entrepreneurs expect their employees to innately understand this. But the truth is that most employees don’t understand this, and they probably shouldn’t. It’s better to turn the tables around, and try to understand their world and priorities. I wish I did this more when I was starting out. It would have cut my level of stress and improved my ability to lead people.

Quantify what success is for your employees so that they know whether they’re winning or losing. People have an inherent need to know when they’re doing well. Here’s an example from my personal experience. My sons attended a school that didn’t give out grades. One day, my youngest son came to me, unprovoked, and announced he didn’t want to go there anymore because he “wanted to know how he was doing.” He was only in the 5th grade. People want to know if they’re doing well in life or not. It’s part of human nature. It’s always a good idea to have very specific goals for employees and to have deadlines in place.

Effective management is a discipline and a skill. In fact, being a “good boss” is a totally separate job from the rest of your day-to-day responsibilities as an entrepreneur. Think of it as a craft. You need to seriously work at it in order to perform the role effectively. This is another major mistake that I made when I was starting out. I thought my role was starting a business and serving customers and getting the products right. I didn’t really consider that I was a boss (or that I had to be one). I thought of myself as an entrepreneur. This is very hard to explain, but it is crucial to being an effective manager.

It’s important to know when it’s not a good fit between you and the person you’re managing. It’s best to evaluate this in the hiring process, but it can be hard to catch right away. Sometimes you’re in a situation where you’re working with someone, and you’re trying to figure out a way to work productively together, but the two of you are just not compatible. There does need to be a level of chemistry between people who work well together. The worst thing you can do as a boss is to dislike the employees you manage.

READ: How to handle the boss from hell

People know when you don’t like them, and they will not perform for you. Often times, there simply isn’t a match. We have all worked with people with whom we didn’t get along super well. If you run into this situation with an employee who is talented, try to find a way for that person to interface with someone else at the company directly. This requires some judgment on your part.

You, as the business owner, have the most to gain or lose. Therefore, you are naturally going to care more than your employees do about the success of the company. You’re probably going to out-work them as well. It’s not that they are lazy; they are simply less incentivized than you are. I still make this mistake all the time. It’s easy to develop a patronizing or superior attitude, but the economics of the employer-employee relationship are pretty straightforward.

Like most of the pieces of advice on this list, it comes down to putting yourself in your employee’s shoes. Think about it from the other person’s point of view. Obviously, you don’t want to drop standards too much, but you also need to make sure that your expectations are realistic. And it’s not realistic for employees to be as invested in the company’s success as an employer.

A recent survey found that employees who have high satisfaction with their management are much less likely to think about looking for a new job than those with low satisfaction with their management. As in many areas of the country, in the Research Triangle area of North Carolina, where Sageworks is headquartered, competition for great employees is significant. So, when we have a great employee, it’s very important that we do everything we can to keep him or her engaged and happy. Taking an inward look at “the boss” is a great way to start.