As the first born son and a big brother to one sibling, Simon Ng’ang’a portrayed a love for photography at a very early age. Using his father’s camera phone which he used to take without permission, Simon would hide in the nearby Kikuyu forest to capture moments of vegetation, birds, passers-by and randomly roaming domestic animals by the road.

Scrolling down the creatively captured images on the ‘borrowed’ phone, his parents would rarely question him. Rather, his father decided to purchase him a Sony camera for his 20th birthday.

‘‘Photography is not just about clicking and taking the pictures, it is all about capturing souls and making sure smiles last even longer after the picture is taken,’’ Simon says.

Born and raised in Kiambu county, the photographer and filmmaker hails from Muguga Town, Kikuyu which is off the Nairobi-Nakuru Highway.

In earlier years when he started getting clients, the photographer used to borrow cameras from his friends so as to do shoots. This however proved challenging given that he was lent the camera only for hours or not past a day.

Simon Ng’ang’a began his photography seriously after the camera purchase. To further modify his skills, he enrolled for a Bachelor of Arts in Communication degree at St Paul’s University. The fourth year student is majoring in film and is undertaking a minor in mass communication.

‘‘I am very good at creating content be it within photography or film that is why I decided to do both as opposed to one,’’ he said.

He notes among his greatest achievements so far is when he got the chance to work with Magame Luvai, a digital content creator at Ebru TV. 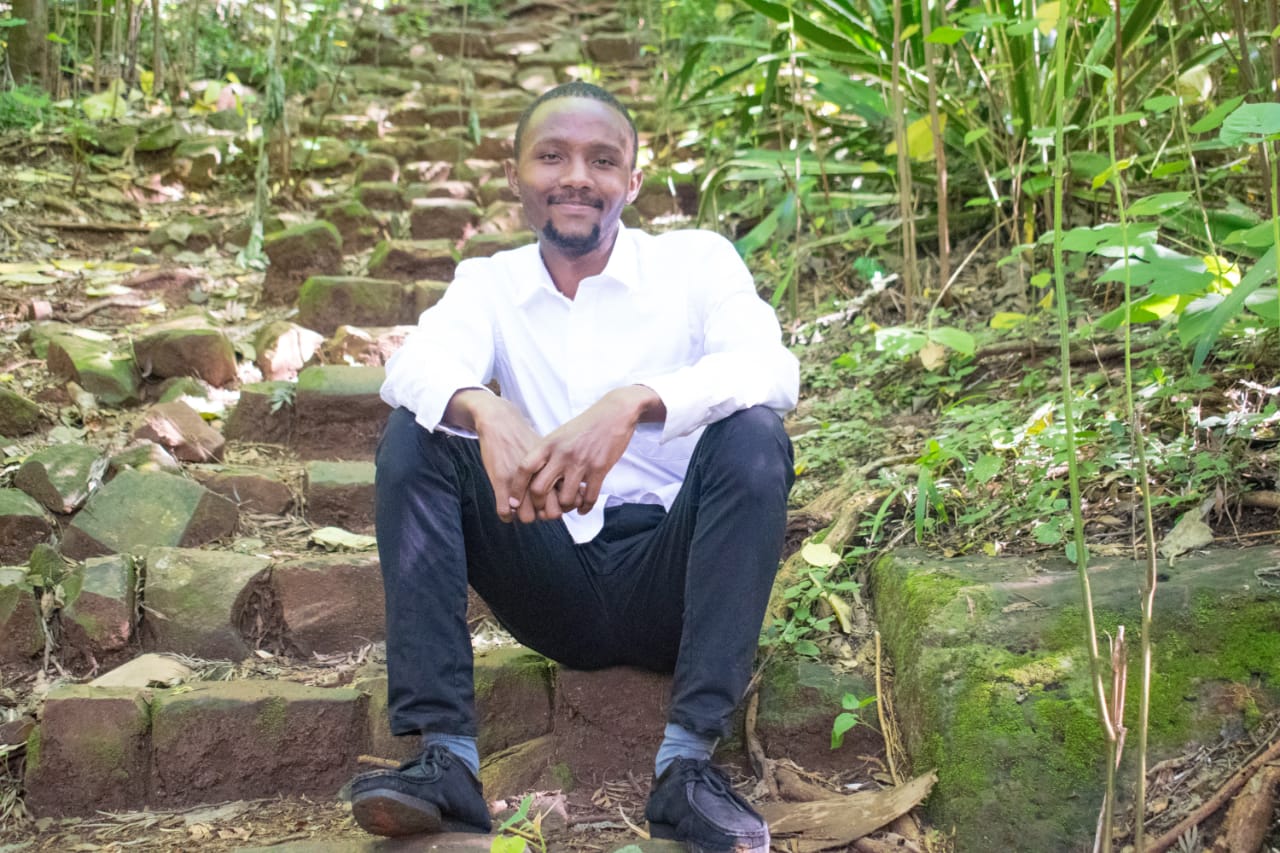 He says that he practices his photography ethically and that taking his work seriously has earned him a good professional makeover that has seen him work on bigger projects. He also says that this may have contributed to the fact that most of his clients end up recommending him to others.

The budding filmmaker also filmed and produced a Kikuyu Film for Inooro TV known as Muthobosanio Wa Wendo in mid 2018. He says this earned him enough money to purchase a new Digital Nikon D5300 Camera to expand his work.

Not long after this project, he got to work on another adventure in photography yet again in the same end year and got a chance to travel to Tanzania to cover a Maasai wedding.

“During my trips apart from coverage, I also get to experience different cultures and places. I also enjoy being in the events as I work. I am not only a photographer or a film maker at an event, I am also a guest.’’

Using the name Jade by Design on his social media platforms, Simon says that the forums have expanded from just being social media sites to become a growing brand.

Simon is also expanding his work at his home-built office based in Kikuyu. He is confident his pace and hard work will soon make him a well known brand.

“I am yet to achieve what I want, but I am glad for the opportunities and paths I have gone through so far. It has been interesting. I will forever continue to leave a smile in every picture or soul I work or partner with,’’ he says.

6 Ways to Generate Passive Income In 2022