Karen Martin emailed fellow members of staff to explain the BBC were hiring two deputy editors for the BBC radio newsroom but that she turned down the offer over unequal pay.

A BBC manager has told colleagues she turned down a promotion after finding out she would be paid £12,000 less than a man in the same role.

She said colleague Roger Sawyer would be earning more than her.

The BBC stood by its offers and said several factors, including working experience, had to be considered.

In her email to colleagues, Martin wrote: “Despite being awarded the same job, on the same day, after the same board, during the same recruitment process, BBC News asked me to accept a considerably lower salary than my male counterpart.

“I’ve been assured our roles and responsibilities are the same. I’ve also been told my appointment was ‘very well deserved’. It’s just that I’m worth £12,000 less.”

She added, after requesting the BBC to reconsider its offer, a new salary was offered on the grounds of historical under payments, bringing the gap closer to £7,000.

But, she said, the issue for her had “never been about the actual salary… but about equal pay”.

In response, the BBC’s head of news output Gavin Allen told staff: “We took into account the fact that Roger has worked at or above this level for several years, whereas Karen was offered this role as a promotion, with a significant pay increase.

“We think most people would understand that these factors would result in some difference between their individual pay.”

Allen added he was confident proper processes for the appointment had been followed, as well as the BBC’s principles on fair pay.

“We cannot give out individual salary figures but they are both considerable and entirely appropriate,” he said.

“I accept that we have not always got things right in the past on pay but I believe this is not one of those cases.”

The issue of equal pay at the BBC was brought into the public domain in 2017, the first year the corporation was forced by MPs to disclose how much it paid to its top talent.

Read: Rugby players hit out at KRU ahead of London 7s

The publication of salaries eventually led to the resignation of Carrie Gracie as China editor, who was being paid less than North America editor Jon Sopel.

The BBC apologised and said it “has now put this right” by giving Gracie back pay. 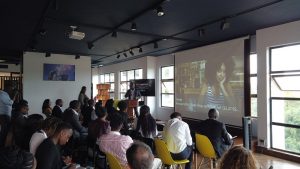