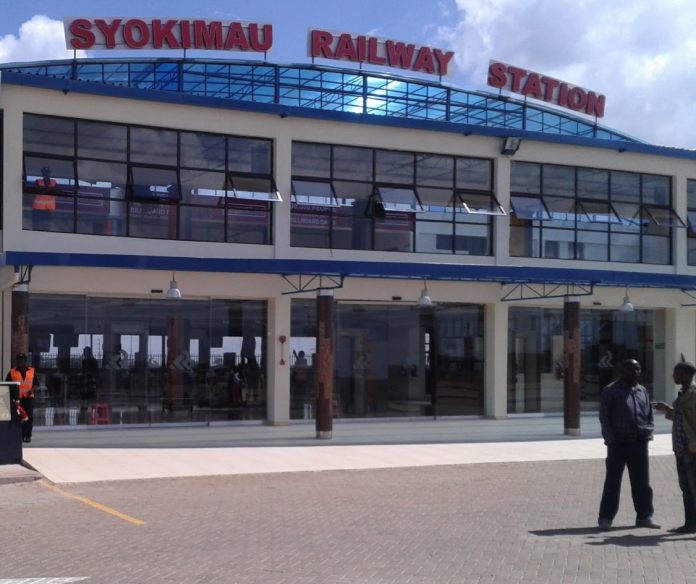 A Facebook post claiming that Syokimau Railway Station is hiring is fake. According to the post shared on 5th February, 2022, vacant positions in Nairobi include attendants, drivers, security guards and cleaners. The jobs were advertised on the Facebook page of a company by the name Calixt LTD company. 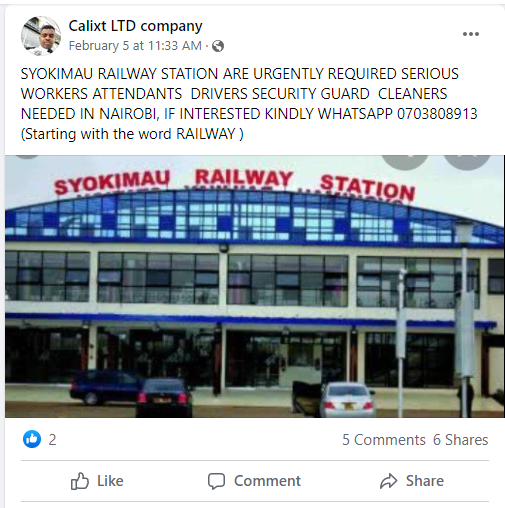 “We hereby wish to notify members of the public that the above communication doing rounds on Social Media to the effect that Kenya Railways is currently recruiting, is false,” Kenya Railways said.

It added: “We do not have any vacancies at the moment and urge members of the public to disregard any communication to this effect. We further wish to inform the public that any vacancies, whenever they arise, are advertised on mainstream print media and on our website.”

Meanwhile, a review of the Facebook page reveals a number of pointers to a fake Facebook page. First the recruitment agency in question, Calixt LTD Company, describes itself as a grocery store on Facebook.

The page was created on 20th December 2020 and has been advertising a number of fake jobs. The post asks interested candidates to use Whatsapp in communication, yet Kenya Railways uses an application form on its website.

The cover photo used on the Calixt LTD Company Facebook page is an internet picture that has also been used on at least two other Facebook pages. A Google search of the company’s name doesn’t yield any positive results on Calixt LTD company.

See Also >> Did Jimi Wanjigi Say These Words About Raila and Ruto?