FaceApp, currently one of the most downloaded mobile application in the world, which takes ones picture and re-imagines it with an extra 50 years on the clock could be exposing its users to its Russian developer, Mail Online has reported.

Security experts have warned that the app developed in 2017 has questionable clause which gives it permanent access and use images from users camera roll, without their permission.

The FaceApp has gone viral in social media platforms with celebrities and other users engaging in the #faceappchallenge globally.

FaceApp is a photo-morphing app that uses what it calls artificial intelligence and neural face transformations to make alterations to faces.

The app can use photos from the user’s library or the user can snap a photo within the app.

{ Read: Meet the generation that can’t live without social media }

The free service uses artificial intelligence to edit a picture in the user phone gallery and transforms the image into someone double or triple their age.

It can also change the users hair colour, permitting them to see what they look like with a beard and even look younger 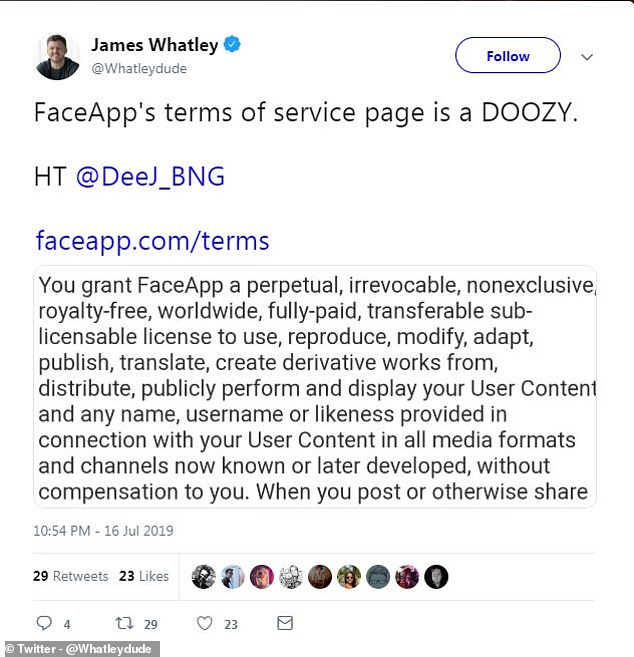 But with the surge in popularity, some have raised questions about how secure our user data is and what it does with user’s photos.

The terms and conditions of the app essentially gives FaceApp access to use, modify, adapt and publish any images that you offer up in exchange for its AI.

{ See Also: The world of social media and those who are lost in the maze! }