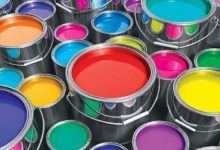 Experts are warning that exposure to lead in paints lowers the intelligence Quotient ( IQ) in young children.

The researchers further say that children in the Kenya might soon have a lower IQ as a result of exposure to leaded paints.

Speaking during a session at the third United Nations Environment Assembly ( UNEA) conference , the Director of the office of Global Affairs and Policy Ms Walker Smith said there is lack of awareness about paints laced with lead.

” The next generation of children need to be protected as lead paints will have an effect on their IQ, ” she warned.

Smith told the session that was discussing on ” business case for phasing out lead paint,”   that there is, therefore, need  to have legislation in place to control leaded paints.

A recent study in Kenya by IPEN, an international lobby which promotes safe chemicals, and Kenya-based Centre for Environment Justice and Development showed that thousands of children in Kenya are still being exposed to decorative paints laced with illegal amounts of lead.

According to IPEN, childhood lead poisoning can have lifelong health impacts, including learning disabilities, anaemia, and disorders in coordination, visual and language skills.

” More than half of all decorative paints analysed in Kenya and 14 other African countries contain lead levels that are illegal in most developed countries,” IPEN says.

IPEN, a local lobby has been advocating for the phase out of lead paints since few paints carry consumer information about the lead content or the dangers associated with lead exposure.

Chief Executive Officer and co-founder of Recyklain Eric Guantai said the informal sector has adversely been affected by lead as they try to do recycling as a result of  lack of awareness about the effects of lead.

“Capacity building as well as awareness is needed, “he said adding that the country does not have capacity to deal with e-waste.

Guantai warned that if Kenya does not address E-waste,chances are Sustainable development goals might not be met.

READ: Change of guard at NMG as Muganda departs

He challenged universities in the country to produce pool of experts that will revolutionize E-waste into opportunities saying Kenya is however making baby steps in addressing the E-waste challenge, but a lot still needs to be done.

Kenya is staring at an electronic waste crisis due to the disposal of high number of devices after a life-span of between two to three years and according  to a Kenya status report, the country generated 3,000 metric tones of e-waste in 2007.

During this UNEA-3  conference, they are gearing towards  delivering a number of tangible commitments to end the pollution of air, land, waterways, and oceans, and to safely manage chemicals and waste, including a negotiated long-term programme of action against pollution that is linked to the Sustainable Development Goals.

The study is designed to enroll a total of 180 healthy volunteers who will be divided into two age cohorts, age 18-49 and age 50-70