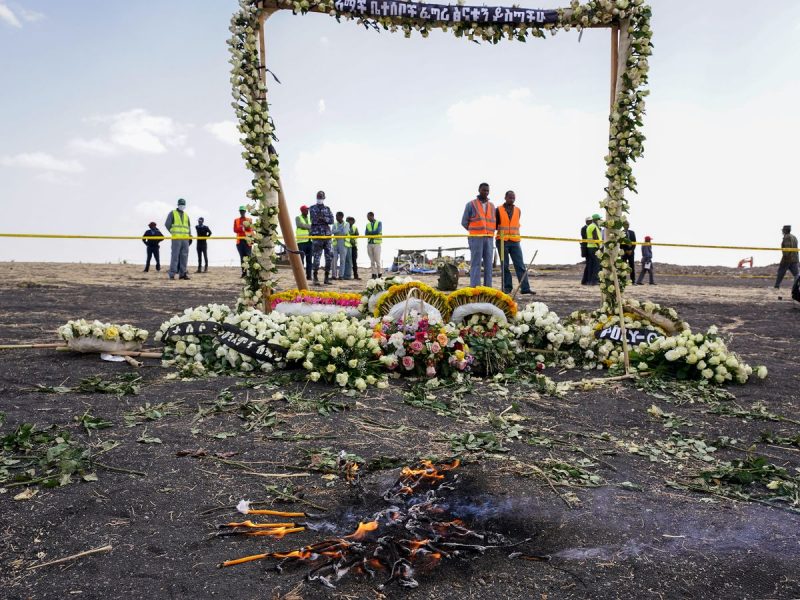 Families of the 157 Ethiopian Air C***h v*****s were on Sunday offered charred soil from the c***h site to bury with the bodies of their loved ones being burnt beyond recognition.

Wary that it might take up to half an year to identify what little remains there are after most of the bodies disintegrated on impact, officials started delivering 1kg sacks of the scorched soil to the families of the deceased.

Relatives who spoke to different news agencies on the ground confirmed that they had been asked to provide DNA samples to the airline to help identify the v*****s.

“The soil came as it became impossible to identify bodies and hand over remains to family members,” a mourner told the Associated Press (AP).

“We will not rest until we are given the real body or body parts of our loved ones.”

Most countries grounded the Boeing 737 Max 7 and 8 series after the Ethiopian Air C***h, the second in less than five months bringing the total number of the plane’s c********s to 346.

Meanwhile, investigators have found glaring similarities between the Ethiopia and Indonesia air c*****s.

Without delving into details of the alleged similarities, Ethiopian Minister of Transport Dagmawit Moges on Sunday that investigators have recovered all relevant data from the black boxes.

Moges said that the ‘similarities’ will be subjected to further investigation