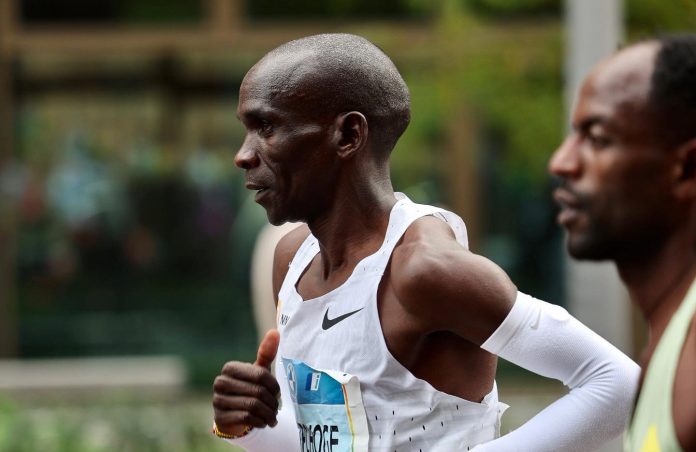 Eliud Kipchoge broke his own Marathon world record on Sunday, September 25 in Berlin. Kipchoge finished the race in a time of 2:01:09, beating his former record of 2:01:39 also set in Berlin in 2018.

The 2022 race has been described by analysts as one of the greatest races of all time as Kipchoge’s sheer determination and talent shone through.  Kipchoge spent much of the race running against the clock.

Kipchoge ran a lightning-fast first-half, running 21 kilometres in a record time of 59:51. For a moment, the sub-2 hour marathon in an official race was on. The two-time Olympic champion etched his name in history when he ran an unofficial time of 1:59:40 in 2019 in Vienna, Austria.

The streets of Berlin were lined with thousands of fans who cheered Kipchoge on as he accomplished the historic feat. Kenyans following the race on TV and online also cheered him on.

It was the 17th win out of 19 marathons in Kipchoge’s career – cementing his status as one of the world’s greatest sportsmen of all time.

Before entering the world of marathons, the 37-year old excelled in the world of cross-country and track events. He won won his first individual world championship title in 2003 when he won the junior race at the IAAF World Cross Country Championships and set a world junior record over 5000 m on the track.