Serving tea. The tea sector has suffered low or declining tea prices at the auction and low earnings for farmers causing the reforms to be introduced. [Photo/Business Today]

The findings published in the Journal Aging the researchers investigated the direct effect of tea on brain networks.

“Our results offer the first evidence of the positive contribution of tea drinking to the brain structure, and suggest that drinking tea regularly has a protective effect against age-related decline in brain organisation,” explained team leader Assistant Professor Feng Lei.

Another study showed that daily consumption of tea can reduce the risk of cognitive decline in older persons by 50%.

Different research also discovered that tea has antibacterial effects and thus reduces levels of bacteria that cause cavities and contribute to gum disease. Like bones, teeth may benefit from the fluoride in tea.

In the new research conducted between 2015 to 2018, the participants who were aged above 60 years underwent neuropsychological tests and magnetic resonance imaging (MRI). Data about their health, lifestyle and psychological well being were gathered.

In their findings, the researchers discovered that participants who consumed either green tea, oolong tea, or black tea at least four times a week for about 25 years had brain regions that were interconnected in a more efficient way.

“We have shown in our previous studies that tea drinkers had a better cognitive function as compared to non-tea drinkers. Our current results relating to brain network indirectly support our previous findings by showing that the positive effects of regular tea drinking are the result of improved brain organisation brought about by preventing disruption to interregional connections,” added Prof Lei. 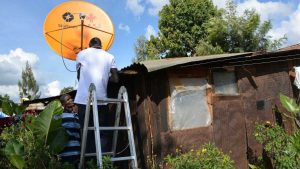