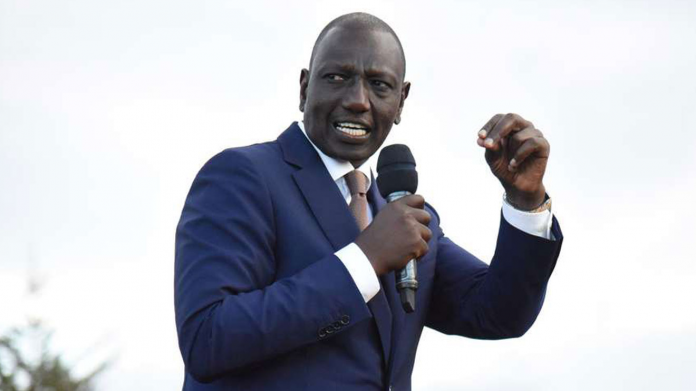 Sometime back, Deputy President William Ruto was forced to reveal his wealth after the government published some of his properties in what was seen as a strategy to show that he is among richest Kenyans and not a ‘hustlèr’ as he often claims.

In a parliamentary committee session that was held in September 2021, Interior CS Fred Matiang’i  alleged that the deputy president is the second most protected individual in Kenya. Dr Matiang’i said that cumulatively, DP Ruto is guarded by 257 officers.

Mr Ruto, hitting back at the move, tongue in chick, went ahead and admitted having shares in Safaricom and Kenya Airways, both companies listed at the Nairobi Securities Exchange.  In fact, many of Kenya’s richest people store significant portions of their fortunes through equity stakes in their own and other companies, which they typically hold via both direct and indirect investments.

Mr Ruto says he holds a stake at Safaricom amounting to 400,000 shares, while he owns 80,000 shares in Kenya Airways. At the average of price Ksh40, DP Ruto’s shares in Safaricom are worth Ksh16 million (Safaricom is currently trading at Ksh37). His stake at Kenya Airways is worth Ksh306,000 at the current retail price of Ksh3.83 per share.

>> The Top 20 Richest Kenyans On the Nairobi Securities Exchange

The DP’s wealth at the NSE, however, dims when compared to the stock market veterans who have fortunes in the billions of shillings. Based on figures derived from investment agencies, the annual reports and confirmations from capital market registrars, the 20 richest people who own stocks listed on the Nairobi Stock Exchange are some of the richest in Kenya. They include:  Equity Bank CEO James Mwangi ($65.2 million), Zarin Merali and family ($57.8 million), Jane Wangui Njuguna ($31.08 million), Suresh Bhagwanji R. Shah, MBS ($34.9 million) and Baloobhai and Amarjeet Patel ($31.06 million)

The DP further revealed that he rakes in Ksh1.5 million from his chicken farming business. “They should have said that there are 200,000 chickens and I sell 150,000 eggs a day earning me Ksh1.5 million,” said DP Ruto. The deputy president said that much of what Interion Cabinet Secretary Fred Matiang’i had revealed in his list belongs to him but there were properties that he did not own.

“Lifestyle audit had been done on me by newspapers saying that Ruto has this kind of wealth but now, those at the Office of President have decided to improve what had been done before by local dailies,” DP Ruto said. “They have tried conducting lifestyle audits, which is not bad but they should have continued with it on other leaders for things to be okay.”

Next Read >> How To Get Loans Using Your Car Logbook