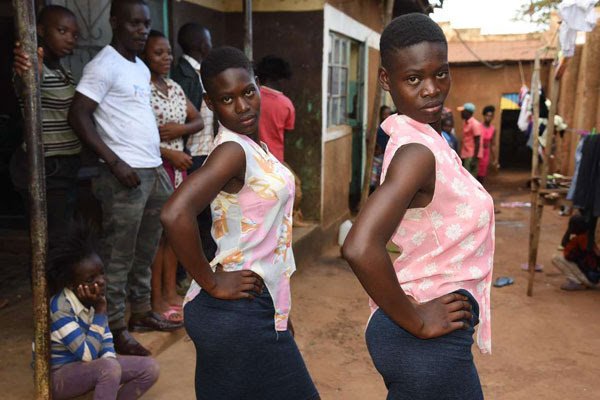 DNA results of the two controversial Kakamega sisters have confirmed that they are indeed blood sisters. Sharon Mitekwa and Melon Lutenyo are indeed sisters who were separated at birth.

According to the analysis conducted by Lancet Kenya (PLK), Sharon and Melon share identical DNA profiles with 23 allelic loci tested showing 100 per cent perfect match which is consistent with the two being biologically identical twins.

The DNA results also revealed that Rosemary Onyango, the lady who was raising Melon in Kakamega as the blood mother of the twins.

“Rosemary Onyango cannot be excluded as the biological mother of Sharon Mathias and Melon Lutenyo, who have compatible bligatory maternal allelic profile with a 99.99 per cent probability,” read the findings.

Melvis Imbaya, who was living with Melon in Kakamega as fraternal twins, has been confirmed to be the daughter of Angeline Omina and Wilson Lutah. Angeline and Wilson are the couple who raised Sharon in Nairobi.

“Melvis Imbaya exhibits a compatible obligatory maternal and paternal allelic profile with that of Angeline Omina and Wilson Lutah, respectively, Thus Angeline and Wilson cannot be respectively be excluded as the biological mother and father of Melvis Imbaya with a probability percentage of 99.99 per cent,” the DNA analysis stated.

Sharon and Melon amazed Kenyans with their striking resemblance in April as they had never met for 19 years because they were raised by different mothers. Seemingly, most Kenyans who suspected that Sharon and Melon were blood sisters were actually right.

Two decades later, Sharon and Melon bumped into each other on social media and had a lot of questions to ask regarding their striking resemblance. They organized to meet and their story made news headlines as Kenyans were shocked on hearing their story.

Before the results came out, both parents admitted that the incidence will change the girls’ lives forever whether or not they are blood sisters.

[See also: Your pet needs a passport to fly abroad]