Glovo Kenya Managing Director William Benthall during an interview with Business Today. He is currently leading the company as it seeks to expand.

Glovo embraces the open layout structure at its offices in Westlands. The walls adopt Glovo’s theme colours and the company’s logo designed in ankara stuck centrally on the wall syncs seamlessly with the environment, William Benthall the Managing Director, a man with a strong command of English is the heartbeat of the entire operation.

William does not have an office like your conventional managing director which he says is meant to allow him to mingle with the staff and promote the cohesiveness required to run a busy team “I sit anywhere and that’s by design,” he says.

Glovo has in the recent past taken on different time-intensive expansion projects, which the company refers to as ‘special projects’ one of them is the work that culminated into the launch of Kibanda Xpress.

The Spanish company also launched a service centre and a second operations centre in Westlands which created 75 new jobs. The idea is to expand slowly and maintain its position among the top players in the delivery business.

Glovo is currently competing with Jumia but the former is a one-stop online marketplace for everything including household items, food and pharmaceutical products. It also provides an option to ship a product from or to a preferred destination.

But how does the man tasked with running one of the fastest-growing Kenyan companies manage to juggle his daily activities?

Every day before reporting to work, William makes sure he spends one and a half hours with his two daughters. A family man with a demanding job is never sure how late he will be caught up at work.

The first thing when he gets to the Westlands office is to, together with members of his staff is to carefully analyze the previous day’s data and act on the statistics for the good of the business. If it is at the end of a month or a quarter (3 months) the analysis becomes more in-depth; trends are analysed, numbers are crunched and observations are made.

Glovo is divided into three major departments the Operations Centre, the Customer Service Centre and the Glover Centre.

The Customer Service Centre is just as it rings, the Operations Centre is the department that runs the company i.e finance, partnerships while the Glover Centre is the arm that deals with riders including training and welfare.

William who sits in many meetings in a day with members of these three different departments prefers to keep the meetings short and precise, a maximum of one hour but says special projects are a whole different proposition which guzzle a lot of time.

As he takes Business Today around the Glovo offices, William briefly stops at the Glover Centre where a flurry of new riders are being onboarded.

“Hi, guys my name is William Benthall I am the Managing Director of Glovo Kenya. Welcome to Glovo and I wish you good luck in your induction,” he tells the new riders before proceeding with the tour.

Twice every month on Sundays, William carries one of his daughters to work and takes over the work of one rider by delivering orders placed on Glovo.

“It allows me to spend time with her and gives me a platform to show her what business is like and to interact with people,” William tells Business Today.

When he is not at work, William likes to split his time between spending time with his family and his two favourite sports, athletics and mountain bike riding.

“I like to run. At times I race my backpack home. I book a Glovo, a courier. I book it from the office to home and then around back see who can get there first the bike or me. Sometimes they get there ahead of me sometimes I beat them,” said William “Two weekends ago I did the 10to4 mountain bike race at Mt Kenya where you race 3,000 metres altitude where you race for 70 km,”

He also loves music especially soul and electro and has had stints as the Director of Digital at EMI Music and Sony before.

Whether at work, home or sporting, William puts in the same levels of work. 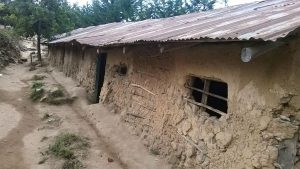 Kenya’s Uneducated Millions, What the Future Holds
According to the 2019 Kenya Population and Housing Census more…