As Kenyans grapple with the reality that China could seize Kenya’s strategic assets if she fails to service her debts to the world’s second largest economy, the public’s attention is likely to be turned to treasury’s plan to borrow Ksh583.6 billion in the next financial year to plug its budget deficits.

In its draft 2019 Budget Policy Statement, Treasury projects that it will have to borrow slightly more than half a trillion from foreign and domestic creditors at a time when the government is under heavy scrutiny from economists and the public over its insatiable borrowing appetite.

“To finance the fiscal deficit in the FY 2019/20, domestic borrowing is projected at Ksh271.4 billion, foreign financing at Ksh306.5 billion and other domestic financing Ksh5.7 billion,” reads part of the statement.

While outlining measures being taken to reduce the deficit and the piling debt stock, Treasury says that it is confident that the debt will remain at ‘sustainable levels’.

Part of the measures include restriction of recurrent spending as well as the establishment of the Public Investment Management Unit (PIM) which will be tasked with identifying and implementing of priority social and investment projects as well as work towards ensuring that projects don’t stall while incomplete.

But that will do little to quell the jitters over the debt which analysts opine has reached dangerous levels. With the addition of the Ksh583.6 billion to the country’s portfolio, Kenya’s debt will hit 5.6 trillion up from the current 5.1 trillion.

In September 2018, Treasury in its draft Budget Review and Outlook Paper forecasted that the national debt will hit the Ksh7 trillion mark by the time President Uhuru Kenyatta completes his second term in office.

During a roundtable interview with journalists on December 28, 2018, Uhuru dismissed claims that the debt is fast becoming unsustainable justifying the debt with the huge infrastructure gap that existed before he ascended into office.

He concluded that he will continue to borrow in order to continue developing the country. 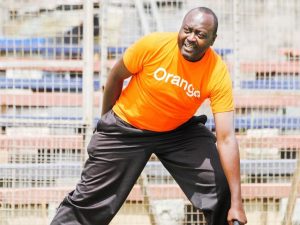 Coach hangs up on Telkom hockey team
Jos Openda says he has been grooming a successor, adding…