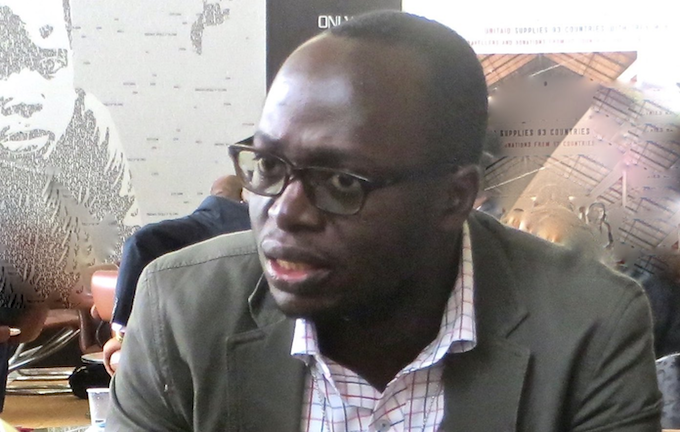 Committee to Protect Journalists has demanded that Tanzanian police reveal whether they are holding journalist Erick Kabendera.

The Committee to Protect Journalists (CPJ) on Monday evening called on Tanzanian police to disclose whether they have investigative reporter Erick Kabendera in custody after he was seized from his home as it expressed concerns for his safety.

Kabendera’s wife, who was quoted by The Citizen, said that about six people who claimed to be police took her husband from their home in the outskirts of Dar es Salaam. The men said they were taking the journalist to the yesterday police station, but they did not wear uniforms and refused to identify themselves when challenged, The Citizen said. The men also took away phones belonging to Kabendera, his wife, and neighbors who recorded and took pictures of the incident.

When colleagues and a lawyer from the Tanzania Human Rights Defenders Coalition went to the police station to check on the journalist, Kabendera was not there, according to Watetezi TV, a news outlet associated with the coalition, and Ansbert Ngurumo, a Tanzanian journalist who runs the news blog Sauti Kubwa from exile, and who is following the case. Watetezi TV reported that police at the station referred the lawyer to the Central Police in Dar es Salaam.

Dar es Salaam’s police chief, Lazaro Mambosasa told The Citizen that the case had not been reported to them. Millard Ayo and Jamii Forums later reported that police in Kinondoni, which is also in Dar es Salaam, said they were interrogating the journalist. CPJ could not confirm that the journalist was detained by police. A call late today to the police inspector general Simon Sirro went unanswered.

“The manner in which this journalist was taken, by men claiming to be police, is very ominous and further evidence that the press is not safe in President John Magufuli’s Tanzania,” said CPJ Sub-Saharan Africa Representative Muthoki Mumo. “Authorities must immediately disclose if they are holding Erick Kabendera, and for what reason, and ensure the journalist is returned safely to his family.”

A journalist who speaks with Kabendera and who asked not to be named for fear of retaliation, told CPJ that Kabendera had earlier today expressed concern for his safety.

Kabendera’s work has appeared in The Citizen’s sister publication The East African, the website African Arguments, and the British newspaper The Guardian.

Read: Motorists to part with Sh7,000 to use Nairobi-Nakuru highway

CPJ expressed concern that press freedom has deteriorated drastically in Tanzania under the presidency of John Magufuli, CPJ has found. In 2017, freelancer Azory Gwanda disappeared in the country’s Coast Region and has not been heard from since.