A file photo of President Uhuru Kenyatta. China has scoffed at his promise to make details of the Standard Gauge Railway (SGR) loan public

The Chinese government has explicitly poured cold water on President Uhuru Kenyatta’s promise to disclose details of the Standard Gauge Railway (SGR) contract to the public saying that it’s laws bar them from such an act as it would be detrimental to Beijing’s commercial interests.

Speaking to news editors on Tuesday, new ambassador to Kenya Wu Peng also rubbished claims that his country will seize Kenya’s assets if Kenya defaults adding that no Kenyan asset was attached as collateral for the loan.

“I cannot say that we agree or disagree to disclosure of this type of business (the contract),” said the ambassador ” Every country has its own laws and China is no exception and our laws protect our commercial interests,”

China’s envoy to Kenya also rebuffed speculation that the Kenya’s request for another loan to extend the SGR line from Naivasha to Kisumu- Malaba was turned down when President Kenyatta and Africa Union (AU) high envoy for infrastructure Raila Odinga came back to the country without having secured funding for Phase 2B of the SGR line after attending the Second Belt and Road Forum held in Beijing in April.

In December 2018, President Kenyatta in a roundtable meeting with journalists in an attempt to quell speculation that the country’s assets were going to be seized in case his administration defaults on the SGR loan promised to share the contract with journalists.

“I am basically working for you. The contract is yours. If you want a copy of the contract my friend, I will give it to you tomorrow and if you prove that what you are saying is not factual, I want you to report that,” President Kenyatta told NTV’s Mark Masai during the televised meeting held at State House Mombasa on December 28, 2018.

As the two government’s hold their ground on the contract’s details, an investigation by The Nation published in January after acquisition of a copy of the contract revealed that Kenya’s strategic assets both at home and abroad will not be protected by sovereignty if Kenya fails to pay the loan.

The report revealed that the Kenyan government while acquiring the loan agreed to China’s demands that gave Beijing the leeway to take over Kenya’s assets.

Further, according to the report, China inserted a confidentiality clause that gags the Kenyan government from making the contract details public without asking for permission from Beijing. 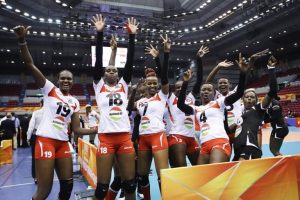