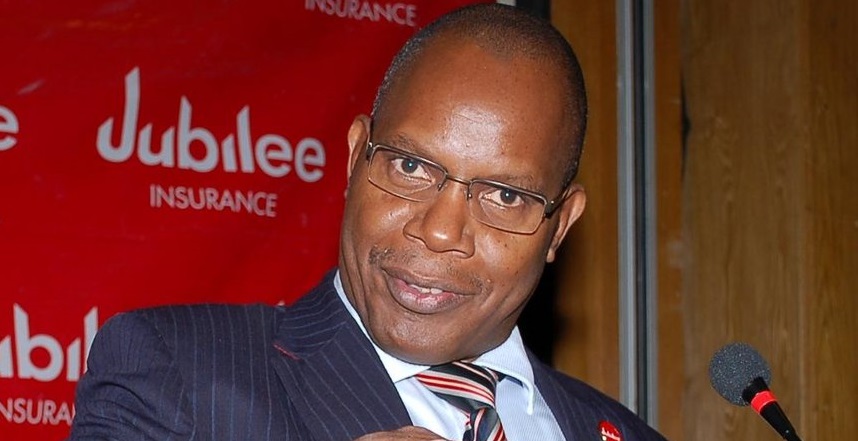 Jubilee Insurance Company Kenya CEO Patrick Tumbo has resigned under a cloud of mystery that has put the company’s chairman in the spotlight. Making the announcement today, the group Chairman Nazir Juma said the company had accepted Tumbo’s resignation, which marks the climax of staff exits at the insurer since last year.

Jubilee Holdings Regional CEO Julius Kipng’etich will step in as the CEO for Jubilee Insurance Company of Kenya on an interim basis, while Phillip Kimani, the chief finance officer – Kenya, will be the Principal Officer in the meantime.

Mr Tumbo, who was serving his 10th year at Jubilee, is said to have been frustrated by the chairman, who has usurped the CEO’s role of running of the company’s operations. Mr Juma, a non-executive chairman actively runs the company and has a strong say on hiring and firing of staff.

Insiders blame his resignation on an emerging cartel of Indians seeking to take over management of the group’s operations. It is believed that Ali Rawji, the Group Chief Finance Officer who has now been promoted to the position of Group Chief Operating Officer, is likely to replace Tumbo.

The group’s operations in Kenya and Uganda are headed by CEOs of Indian extraction and there’s a feeling the chairman would want to install another Indian in Kenya.

Mr Tumbo joined Jubilee in 2008 as general manager for the General Insurance Division and was later elevated to CEO and Principal Officer. “The Board expresses its appreciation to him for his service and dedication to the organization,” said Mr Juma.

People familiar with Mr Tumbo’s plans say he could be headed either at CIC Insurance or Kenya Re.

Jubilee Insurance Company of Kenya also announced that the Kenya business ahead of the expected regulation will be split into 3 separate companies subject to regulatory approval before the end of the year into; Life Insurance, Medical Insurance and General Insurance with each company having its own CEO.