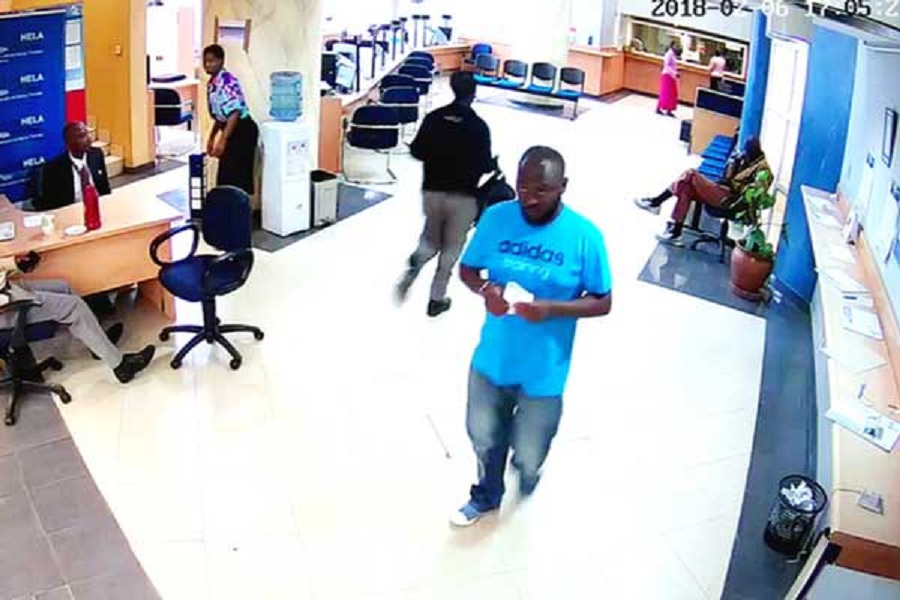 A photo has emerged of the man who booked a newspaper funeral notice in which a photograph of businessman Jimmy Wanjigi was used, while details of the announcement had uncanny parallels with the Nairobi tycoon.

The Nation Media Group has released CCTV footage and images of the man who booked the obituary in an effort to clear itself from accusations that it was involved in a malicious racket to smear Wanjigi.

NMG issued a statement denouncing the notice, which it says goes against its editorial policy and regretted the pain and anguish that the publication caused Mr Wanjigi and his family.

NMG reached out to Wanjigi and apologised over the i******t.

Corporate affairs manager Clifford Machoka said NMG had taken immediate action against those responsible for the placement of the announcement, including reporting the matter to the police for further investigations.

In an effort to support in the ongoing investigations, NMG has published pictures of the person who booked the obituary in order to help trace him.

11 ways to make money while you sleep

The matter was reported at DCI, Central Police Station under OB Number 31/7/2/18. The s*****t is believed to be in his mid-thirties, of brown complexion, plump, about 5 foot 10, with a full beard and short hair.

He booked the obituary under the name Jared. NMG is appealing to the general public who may have any information on the person to contact the Nation or report the matter to the nearest police station. It not clear how the media house’s sales representatives booked the advert without taking the contacts of the advertiser.