The Cabinet has directed the Ministry of Labour and Social Protection to formulate a new policy document to regulate the adoption of children by foreign nationals in Kenya.

At a special meeting held at State House Nairobi, which was chaired by President Uhuru Kenyatta, the Cabinet also directed the ministry to streamline operations of the Child Welfare Society of Kenya and those of children homes in the country.

The Cabinet decision comes a day after an American couple secured victory over the custody of a three-year-old boy they adopted four months ago. He was taken away by officers from the Criminal Investigations Department (DCI) after controversy arose regarding the circumstances under which he was taken away from the Child Welfare Society of Kenya,

Baby Kiano was handed back to the couple, Daisy and her husband Matt, on Wednesday after a meeting held at the society’s offices.

DCI had confirmed on Twitter that they were behind ‘rescue mission’, saying the couple claimed they were planning to travel with the baby back to the US leading to a court battle with the government. The sleuths later pulled down the tweet following a request from the US embassy in Nairobi.

The society has also been in the limelight following an expose by KTN that exposed mistreatment of children at Mama Ngina Children’s Homes who are exposed to substandard living conditions including improper medical care, lack of adequate beddings and poor diet despite the hundreds of millions of shillings the government allocates to it every financial year,

The Kenya National Commission on Human Rights (KNCHR) has since called on the Directorate of Criminal Investigations (DCI) to conduct comprehensive investigations into the happenings at the home following the KTN expose, which brought to the fore a number of human rights violations that have and continue to be perpetuated against the vulnerable children entrusted to the care and custody of the society.

Already, Director of Public Prosecutions Noordin Haji has, however, ordered investigations into the matter.

Immediate rescue of children at home

“The Commission notes that Article 53 of the Constitution of Kenya provides a detailed entitlement of every child in Kenya and clarifies that the best interest of the child is of paramount importance in every matter concerning the child. The Commission takes cognizance that the Constitution and the provisions of the Children’s Act 2001 are aimed at ensuring that every child is safeguarded irrespective of whether they are in the hands of their parents, guardians, in public or private care-giving institutions,” chairperson Kagwiria Mbogori said in a statement.

The Cabinet meeting, which was attended by Deputy President William Ruto, also approved the hosting of the upcoming Nairobi Summit of the 25th International Conference on Population and Development (ICPD 25).

The summit is set to project a positive image and solidify the country’s position as an ideal conference and aviation hub, a move that will boost Kenya’s tourism sector. 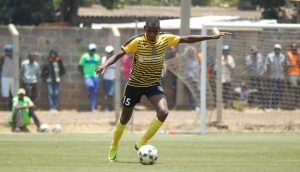