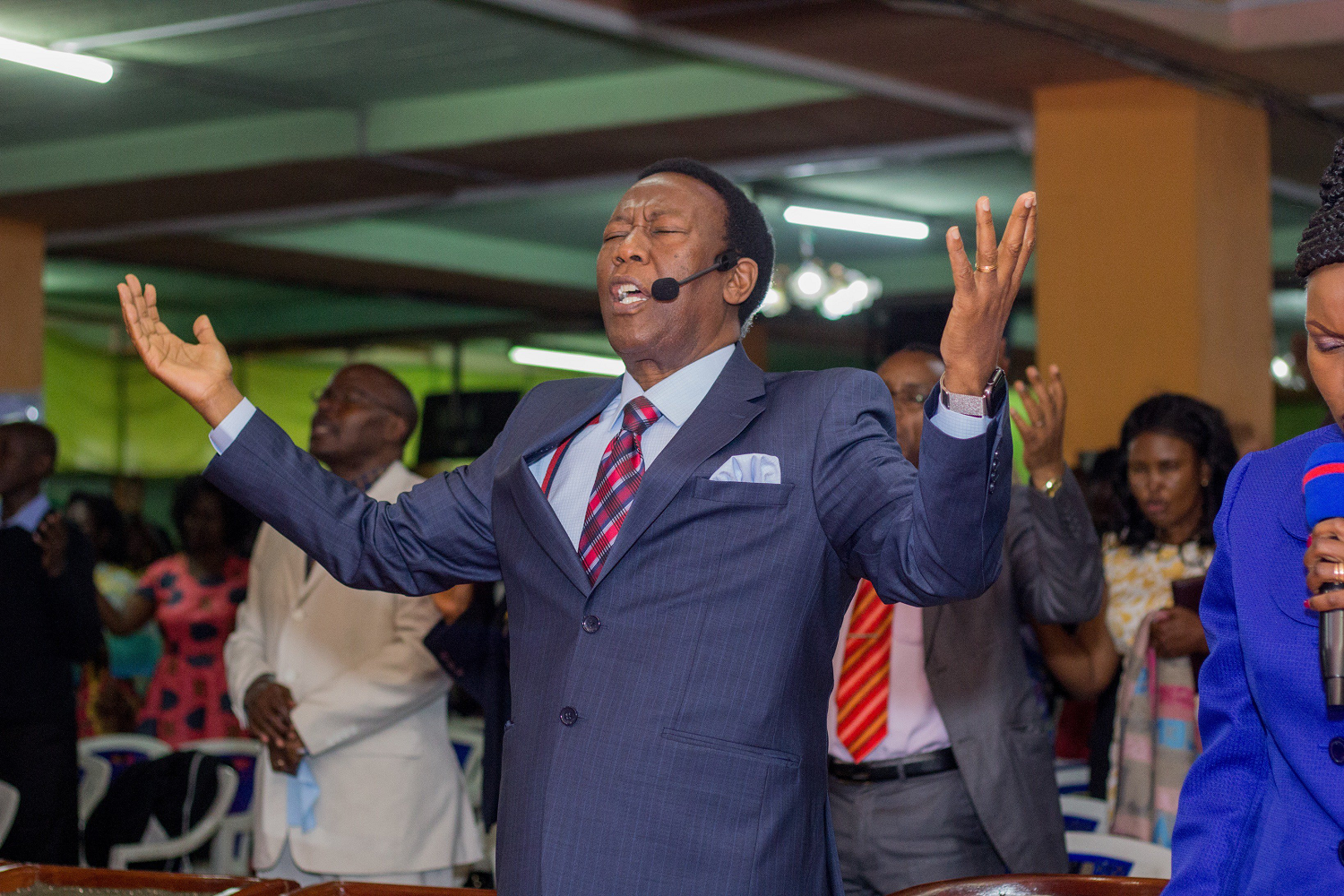 Bishop Mark Kariuki has been tasked with marketing and selling nearly 2,000 houses at the new estate in Kiambu County. [ Photo / Twitter ]

Meet Bishop Mark Kariuki the real estate guru. “Owning a home is for the long run the most deliberate investment,” he said on Saturday, 4th July 2020. The occasion was the launch of a new affordable housing estate in Kiambu County.

The Bishop, known for his succinct delivery of the word of God, was the man at the centre of the action during the launch of Samara Estate by Housing and Urban Development Principal Secretary Charles Hinga.

Bishop Mark Kariuki, head of Deliverance Church of Kenya, was here as the chairman of Tushia Global Holdings, the consultancy and sales company for Samara Estate, a Sh11 billion project at the heart of the expansive 774 hectares of Migaa Golf Course. He did well in his speech, captured in real estate lingo.

“Samara Estate is an aspirational living housing project that will stand as a testimony for many Kiambu residents and Kenyans at large,” he told those who attended the launch, including government officials and private sector developers.

“The estate will house close to 2,000 units and become a home to countless more,” he added. “Indeed, the typical Kenyan no longer wants to rent or lease for a time. But, as this crisis continues to show us, owning a home is for the long run the most deliberate investment.”

Tushia Global Holdings, which consults in real estate and diverse sectors, has been awarded the consultancy and sales contract for the Samara Housing project.

The 1,920 housing units project is being developed by Sycamore Pine Ltd in conjunction with Safaricom and Shelter Afrique. The houses are being constructed by the China Syno Hydro Building Company and it involves the construction of affordable houses for as low as Ksh1 million to be owned by Kenyans earning less than Ksh20,000.

The units will retail at Ksh2.95 million and Ksh3.95 million for the two-bedroom and three-bedroom apartments respectively.

SEE ALSO >> Kenya’s Richest Churches and How They Make Billions

Speaking at the event, Mr Hinga praised commitments by stakeholders to deliver 500,000 homes under the Affordable Housing Programme.  “Samara Estate is a reflection of what affordable housing is all about,” he said.

“The programme offers the government and private developers an opportunity to join efforts and expertise in a venture that must meet the dream of a typical Kenyan. I believe strongly that owning a home equates to owning a piece of the country’s economy.”

The Affordable Housing Project (AHP) was launched in December 2017 as one of the national government’s four pillars of growth under President Uhuru Kenyatta’s Big Four Plan. It promises to deliver 500,000 affordable homes over a five-year period, and involves a number of incentives and supports to enable the delivery of affordable housing in Kenya.

The Samara Estate residents will enjoy breathtaking forest cover views drenched in sunlight and tranquility and unsurpassed lifestyle at the Migaa Golf Course.

NEXT READ >> Two Surest Ways to Getting Your Dream House