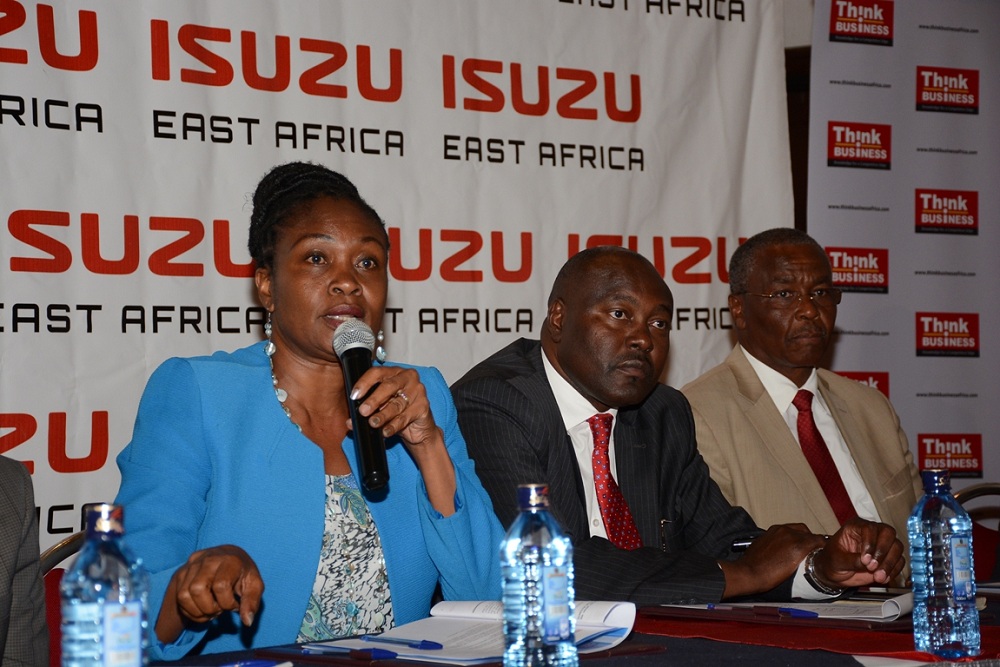 The best managed PSV operator, the one that would have demonstrated full compliance to NTSA regulations, has a crew who have excellent driving skills, least accident record and a crew that delivers high standards of customer care to its passengers, stands a chance to win a Ksh 5 million Isuzu 33-seater bus in a new award.

The award, Isuzu PSV Awards, was launched on Thursday by leading bus and truck assembler Isuzu East Africa (Isuzu EA), and will target operators in Nairobi County at the initial stage. The Awards, the first of their kind in Kenya, are designed to identify, recognise and reward good road user behaviour and management practices in the public transport industry.

Making the announcement at the launch, Isuzu EA Managing Director Rita Kavashe said the bus prize offer is one of the many initiatives Isuzu EA has undertaken over the years to promote safety on the roads.

“Statistics released by NTSA show that nearly 3,000 people are killed on the Kenyan roads annually. Most of these fatalities result from reckless driving rather than mechanical failure. As the leading passenger transport supplier and a key stakeholder in the PSV industry, Isuzu EA is keen to promote safe driving on our roads,” said Rita.

SEE: Understand these insurance provisions before your insure your car

Rita explained that the launch of the Isuzu PSV Awards is a demonstration of her company’s commitment to promoting the highest standards of public transport in the country, and improving road safety for citizens.

“In 2012, our company led a Private Public Partnership (PPP) initiative that sought to help the government streamline the public transport industry. Dubbed ‘PSV vision 2030’, the initiative led to the formation of a PSV Consortium to organize the industry from individual ownership to SACCOs and limited companies,” Rita said.

She added that the company is working closely with like-minded partners to transform the PSV sector.

Isuzu EA has partnered with Think Business Limited to establish the assessment and judging criteria for the Awards with support from the National Transport & Safety Authority (NTSA).

“As NTSA, our mandate is to maintain road safety in Kenya. As such, we would like to applaud the efforts by Isuzu EA and Think Business Limited to assist NTSA champion road safety. This announcement comes at a crucial time for us this week when we are commemorating the World Day of Remembrance for Road Accident Victims on 19th November,” said NTSA Director General, Mr Francis Meja.

Think Business CEO and founder Ochieng Oloo explained the judging criteria that will be used in selecting the best managed PSV Operator. “The best managed PSV operator will be one that has demonstrated full compliance to NTSA regulations, has a crew who have excellent driving skills, least accident record and a crew that delivers high standards of customer care to its passengers,” said Oloo. “We will work closely with NTSA and the public to gather enough information on how the various matatus are being operated,” he concluded.

Calls for submissions are scheduled to begin immediately targeting Nairobi County based PSV operators with high capacity buses. The assessment programme will begin in December 2017 with various activities leading up to the gala Awards in June 2018.

The scheme entails nine categories in the gala award ceremony in June 2018 and two categories in the random awards. The scheme will award the operator of the year, best managed Sacco, the Sacco that is using technology excellently, best PSV driver of the year, Best PSV operator in terms of customer service, PSV safety innovation, PSV road safety journalist of the year and outstanding contribution to PSV road safety (one organization and one individual).

In the random awards, the initiative will award PSV crew of the moment (driver and conductor) and special recognition for extra ordinary contribution to road safety on weekly basis.