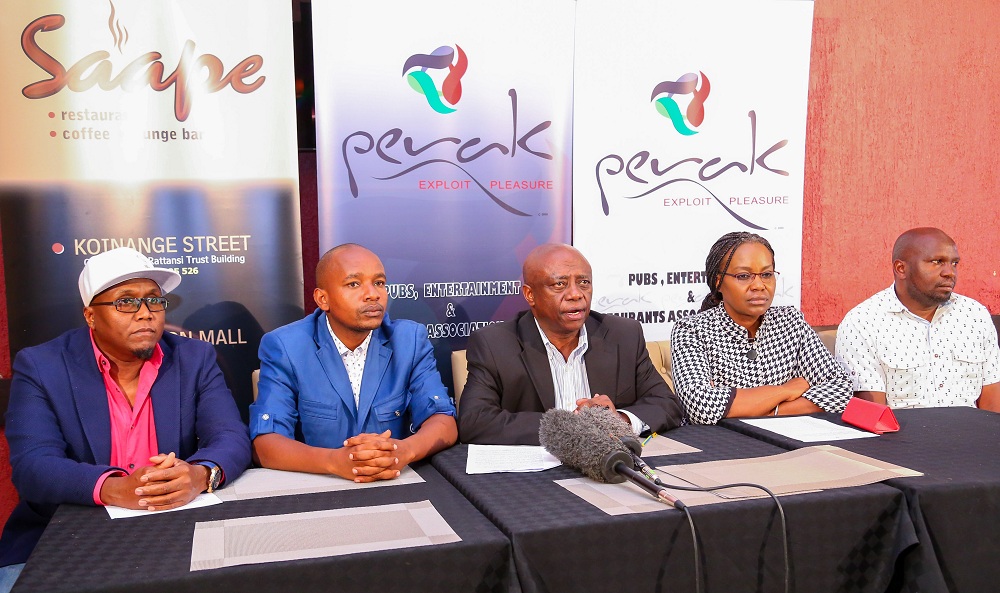 The Pubs, Entertainment and Restaurants Association of Kenya (PERAK) has voiced its support for the ongoing crackdown on illicit brews. saying illegal brewers and other players not only endanger consumers’ health but also imperil tax revenue collection. They added that through this crackdown the government will help level the playing ground.

In a statement read on his behalf by vice-chair Alice Opee at a press conference in Nairobi, PERAK chairman Patrick Muya, however, called on the national and county governments to apply judicious measures when inspecting licensed premises selling legitimate products in order to avoid a counterproductive campaign.

PERAK chairman together with his team appealed to Kiambu Governor Ferdinand Waititu to not punish legal businesses in the county during the crackdown.

“PERAK is shocked by the actions by the County Government of Kiambu and would like to appeal to Governor Waititu to find a middle ground in resolving the issues at hand by targeting only illegal businesses,” he said.

The Kiambu Governor said that he would close all bars in Kiambu and sued liquor manufacturers and sellers when he recently signed into law the 2017 County Alcoholic Drinks Control Act.

“When you beat down legitimate businesses, you promote the illicit market which law enforcers are fighting. It is self-defeatist. Certainly, this is not the desired outcome by the government. We would like to appeal to law enforcement agencies from both levels of government to be thorough and judicious in exercise of their legal mandate in order to allow legitimate businesses to thrive,” said Mr Muya.

The association noted that legitimate businesses also help in improving the economy since they buy and use local products in their operations.

Kimani urged President Uhuru Kenyatta to constitute a committee that would facilitate engagement between the various parties in order to come up with a common approach regarding the war on illicit brews.