The latest case is the armed gang known as Wakali Kwanza which hacked nearly 20 people in Kisauni, Mombasa this week.

To counter this, the country has become the first in sub-Saharan Africa by inaugurating the first elite all-female Special Weapons and Tactics (SWAT) team.

In a boost to the war against organized crime, the 48 commando officers drawn from the Administration Police Service (APS) have undergone a five-month physical and combat drilling.

This is the first phase of their 15 month-long standardized training programme.

At the passing-out ceremony in Ngong, Cabinet Secretary for Interior and Coordination of National Government, Dr Fred Matiangi, said the feat comes at a time when Kenya seeks to handle emerging security threats and hostage crises promptly and with precision.

“What we have witnessed today gives us confidence as the government that we have the capacity to protect our people and secure our country. This is a momentous day for our country because we can now rest assured that we have more officers who can undertake intricate security operations that require specialized approaches,” he said.

Matiang’i added that the team will greatly supplement the existing efforts of securing the country.

He said the officers are “job-ready” to not only thwart terror threats and attacks but also enhance general security.

Their training featured, among others, the application of Israeli Krav Maga, multiple weapons handling techniques as well as explosive and IEDS management.

The commandos have so far demonstrated unmatched expertise in all the above, according to the Ministry of Interior & Coordination of National Government.

Matiang’i assured them of government’s full support in their work through improved welfare, advanced training, and capacity building.

Impressed by the commandos’ expertise, the Inspector General of the National Police Service, Hillary Mutyambai, committed to progressively increase the contingent in the next intake.

The IG also commended the collaboration with other stakeholders in the security sector, which has greatly improved service delivery.

There has been a remarkable improvement in how the security operatives respond to threat with the latest being after the DusitD2 attack in January this year.

The worst experiences in Kenya were the Westgate Mall siege which left 71 people dead including four attackers and 175 injured on September 21, 2013, and the 2015 Garissa University attack which left 147 students dead.

Since then, the anti-terror units have been fast in responding to threats where they managed to quell the situation at Dusit in 2 days.

The Garissa University and Westgate Mall were the worst due to lack of coordination which led to several deaths. 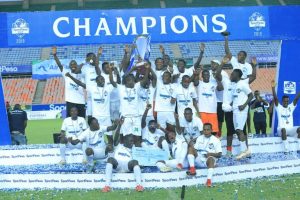