The Ipsos MORI Veracity Index is the longest-running poll on trust in professions in Britain, having been asked consistently since 1983. The 2018 edition – the 21st wave of the survey series – records the latest movements in Britons’ trust in the key professions we have tracked since the eighties and nineties. It also reveals the public stock of three new professions for this year: engineers, members of the A***d Forces and advertising executives.

Three new professions have been added to the roster for this year of the Index: 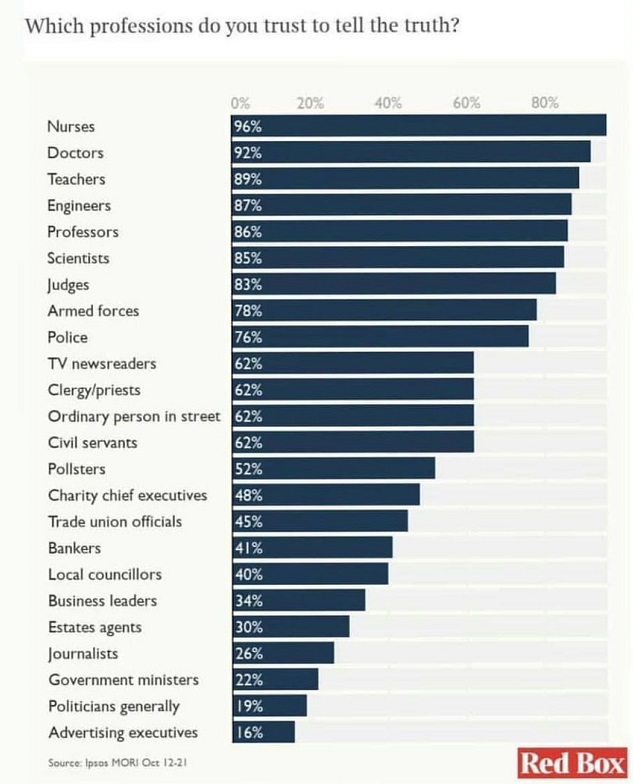 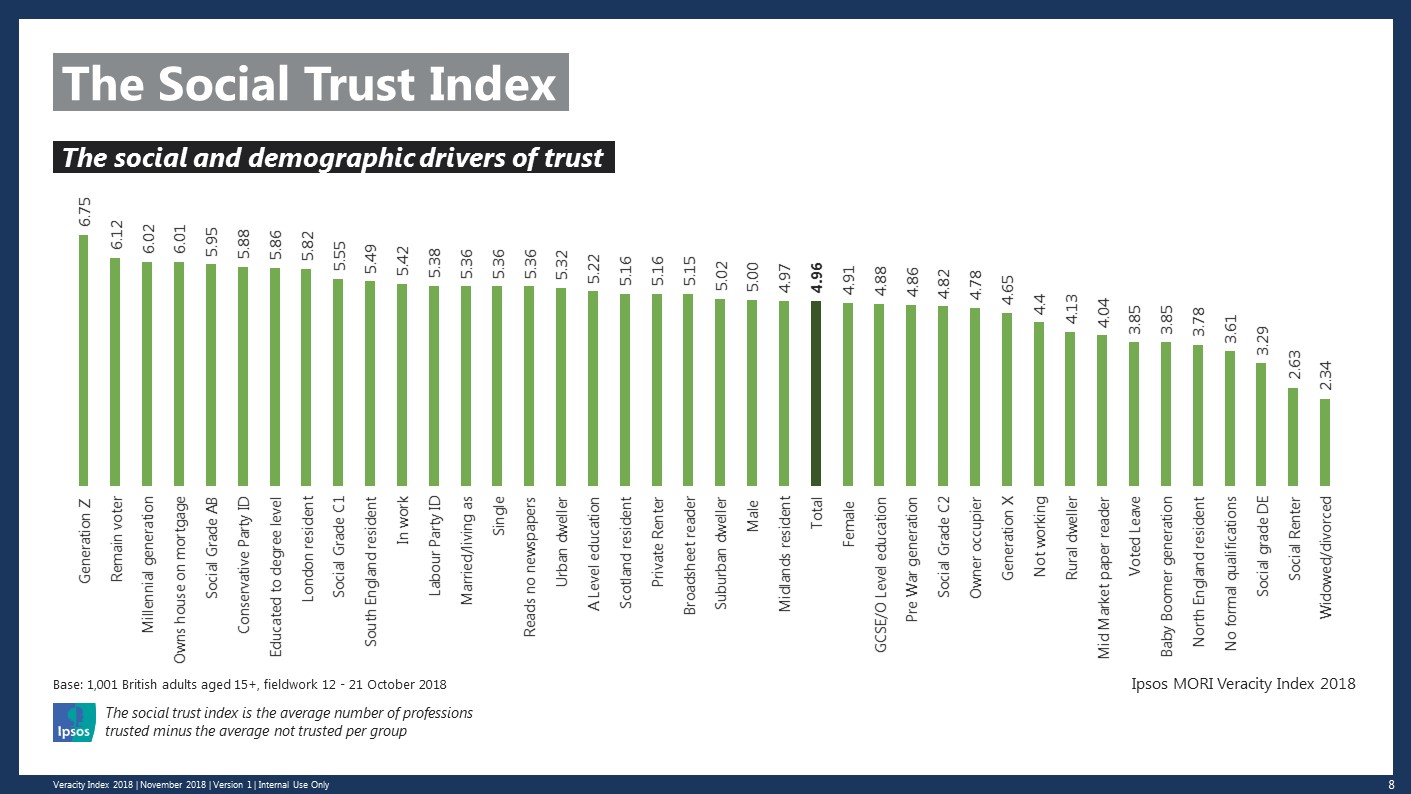 The top-level story is good news – on average Britons trust 14 of the listed professions and distrust eight. Yet this gap varies by age, life stage and political outlook, among other factors:

Political affiliation also affects trust, indeed having a political party affiliation is associated with higher levels of trust: Conservative and Labour supporters both score above the national average on the index, although with differences on specific professions, e.g. the A***d forces and Trade Union officials. The impact is different when EU referendum vote is considered: Remain voters are among the highest-scoring groups, while Leave voters score below average.