Since 2013, it has been estimated that nurses have boycotted their duties for approximately 200 days. [ Photo / AKDN ]

When Kenyan nurses strike the headlines, in most cases, it paints a picture of bad things they do or happens to them in their line of work.

In the recent past, there have been reports in the main stream media and social media platforms about nurses being attacked in their work places.

This has caused mixed reaction from netizens with others condemning the act while others supporting.

Those support allege that Kenyan nurses are particularly bullies to the patients and rude to the sick person’s relative when they inquire for more information or clarification.

They claim that, people have stomached enough of their shoddy behaviour and they cannot stand them no more.

However, violence has never been a way of sorting out difference among disputing parties as it does more harm than good.

Instead of attacking the so called ‘rude nurses’, the affected parties can take their complaints to the hospital administration for an amicable resolution.

Read: It’s not about abortion, it is the healthcare procedure

Our writer sampled five things one need to know about Kenyan nurses.

Currently thousands of nurses from different counties are on strike. This has paralyzed the healthcare services in the said regions resulting to suffering of many Kenyans who cannot afford charges at private hospitals.

Since 2013, it has been estimated that nurses have boycotted their duties for approximately 200 days. Healthcare is a basic human right, therefore, nurses’ striking implies they have no regard for human life or the oath they are under.

They are entitled to industrial actions where they deem as fit, but it should not lead to the loss of lives that could have been saved.

Last year in March, nurses in Bungoma County Hospital assaulted, insulted and mistreated a pregnant woman who was about to give birth.

In the incident, the victim who checked in for induced labor was not attended to by any nurse, instead she was asked to walk herself to the delivery ward if she was to be attended to.

On reaching the ward, all bed were occupied and she decided to return to the labour room. Her journey was cut short by intense labour pains. She called for help but no one came.

As a result, she passed out on the hospital floor where she gave birth. On reaching the scene, two nurses slapped and verbally abused her saying she had ‘dirtying the floor’.

This is just one of many reported and unreported incidents patients go through in the hands of care givers.

3. They work in unsafe environment

During the past weekend, two nurses at Mama Lucy Hospital in Nairobi were attacked by three people after they were asked to wait as the caregivers attended to a critical patient.

Last year a nurse in Kenyatta National Hospital was admitted in the Intensive Care Unit (ICU) after being attacked by a patient’s relative after pronouncing that the sick person had died.

Also, a Somali couple attacked a nurse at Nairobi South Hospital in 2018, after she refused to discharge their child in unorthodox way.

Those who have visited the public hospitals, either at in-patient or out-patient have disturbing accounts with nurses at the hospitals or health centers.

While discussing the current plight of nurses, a friend told of how a nurse was rude to her as she was trying to help her grandmother understand what she was asking as language between the patient and the caregiver was posing as a challenge.

“I did not understand her rudeness and attitude towards me yet I was trying to help her understand what ‘gogo’ was saying because she was explaining herself in local dialect that the nurse was obviously not grasping,” she said.

She later told off the rude nurse and asked for another medic who was capable of giving better services to the ailing woman.

See also: What the wine you buy says about you

5. The use of scientific terminologies

One thing you can never understand is why a nurse is explaining your ailment in a scientific term when the response they get is a blank face and blinking eyes.

Why do they do that though? Is it because some illnesses lack explanation in simple English or Swahili or are they just bragging?

Our dear nurses, we all went to school. Some dropped biology and chemistry in form two and four. So please, for the sake of our health, explain sickness stuff in a layman’s language. It’s not too much to ask, is it? 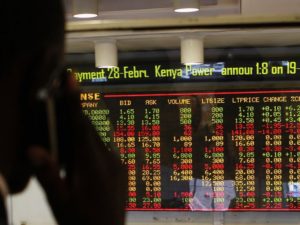