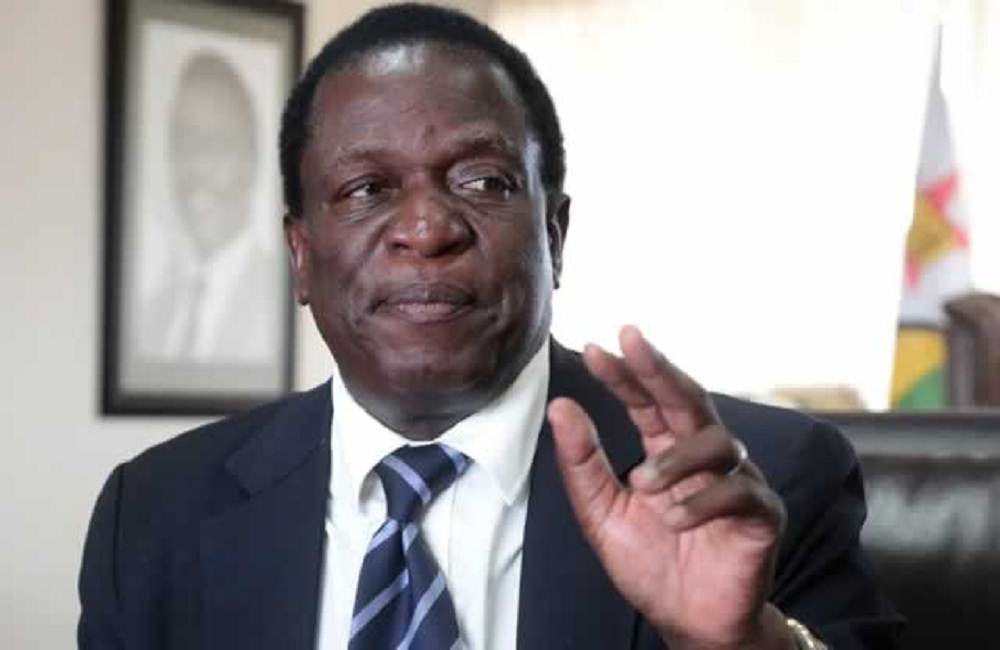 Earlier this month, on Nov. 5, Mnangagwa was fired from his position as Zimbabwe’s vice president amid a succession struggle with Mugabe’s wife, Grace.

Two weeks later, the 75-year-old politician was sworn into office as the leader of the southern African nation in the 60,000-seat National Sports Stadium in Harare where the crowd cheered for him after the swearing-in ceremony.

Known as “the Crocodile,” he has close ties to Zimbabwe’s army. Among the many tests he faces will be rebuilding the country’s economy, which was left shattered by nearly four decades of Mugabe’s rule.

The m******y took over state institutions after Mugabe, 93, fired Mnangagwa and suggested he would appoint his 52-year-old wife to the post.

Human rights groups have accused Mugabe of rigging elections, allowing large-scale c********n, and being responsible for the t*****e and k*****g of thousands of political opponents during his long rule.

US Secretary of State Rex Tillerson has urged Zimbabwe’s new leaders to ensure the country holds free and fair elections.

“The people of Zimbabwe must choose their own leaders,” he said Tuesday.

Some Zimbabweans told VOA they have concerns about Mnangagwa, who was a close ally of R***********e for decades. They are concerned he will run Zimbabwe in the same ruthless fashion as his predecessor.

John Campbell, a senior fellow at the Council on Foreign Relations, said because Mnangagwa played such a key role in R***********e’s administration, he does not anticipate a dramatic change in the style of governance in the short term.

“Nevertheless, the fact that there has been a coup, the fact that Mugabe has resigned, opens the range of possibilities.” Campbell told VOA. “Whether or not the Zimbabwean people will take advantage of that it is too soon to tell.”