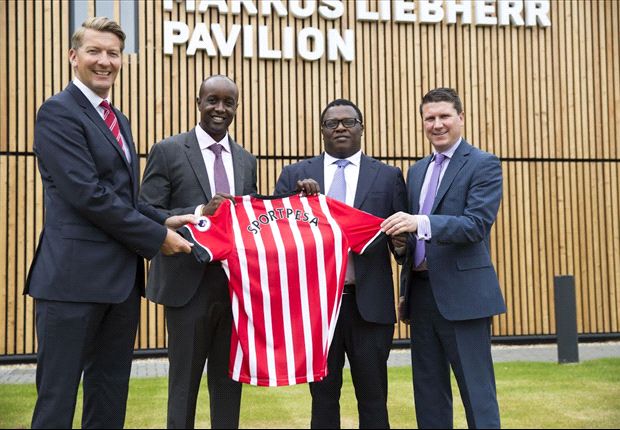 SportPesa will be in focus on November 2 evening after making it to the finalists’ list of the reputable UK Football Business Awards that will take place in London. The awards, held annually, seek to recognise and reward organisations that support the success of the game.

“This is a true honour and a reflection of our dedication to develop football in the markets that we operate in. By being one of only three finalists to get two nominations, it speaks volumes about the scope and impact of the work that we do regarding the growth of football,” said SportPesa CEO Ronald Karauri.

SportPesa will be competing for the Best Brand Activation involving Football Award.

The glitzy awards gala will be held at the iconic T*****o Dock in London.

SportPesa signed a record deal with Everton FC in May, earning the company a slot in the finalists list of the Brand Activation award category for its very first engagement with Everton which saw the Blues make a historic tour of Tanzania in celebration of the partnership.

The tour made Everton the first EPL team to play in East Africa when they beat 2017 SportPesa Super Cup champions, Kenya’s Gor Mahia FC 2-1 in Dar-es-Salaam on July 13. The EPL team conducted a series of engaging community activities on the side-lines of their landmark visit.

The Everton delegation got to learn more about local culture, met coffee growers and took a tour of Dar in a bicycle before visiting Uhuru Primary School where UK aid is supporting deaf and blind students through their e*******n.

The Hull City versus SportPesa All Stars game held in February, the first time for a Kenyan side to play an EPL side, gave rise to the careers of many budding footballers among them 16-year old Joshua Otieno, a player drawn from Kenya’s Sony Sugar. The young footballer got a chance to briefly train with Hull City youngsters after the game.