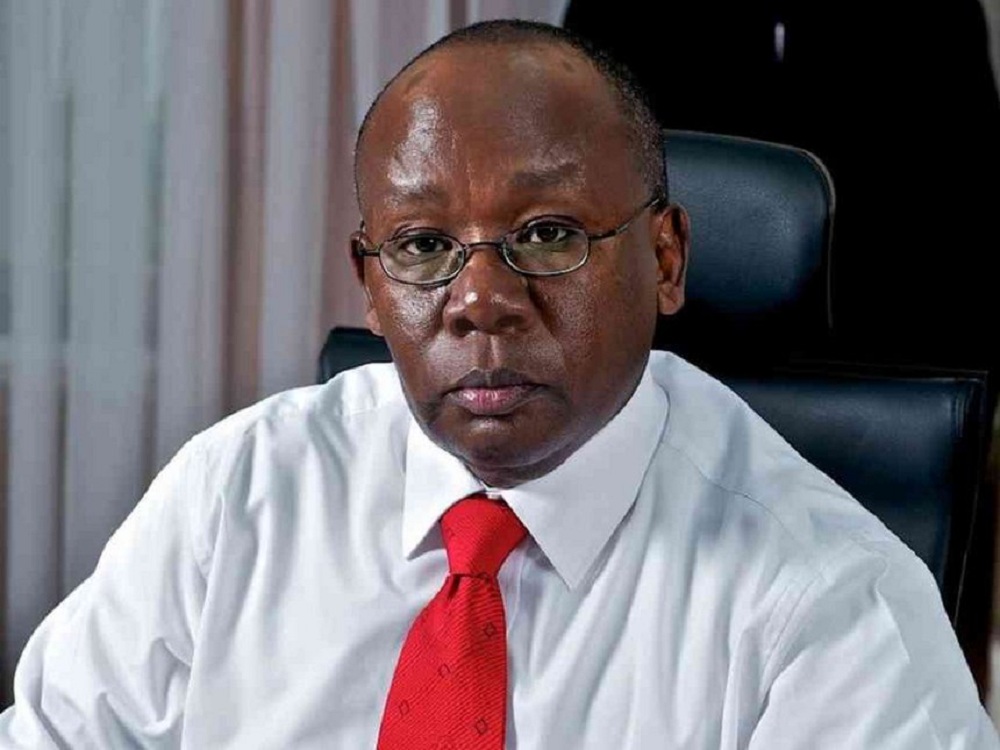 Attorney General Githu Muigai now says the planned swearing in of NASA leader Raila Odinga as President would amount to an act of high treason, punishable by death.

Addressing a press conference at the State Law Office, Githu said the government has not received notification of an alternative swearing in ceremony, adding that the move to swear in a person other than the one elected in accordance with the Constitution would be unlawful, illegal, null and void ab initio.

He noted that the Constitution is clear that “no person may claim or exercise State authority except as authorised under the Constitution. “I reiterate that any attempt to swear in any person as President other that one elected in line with the Constitution and in a manner provided for in the law is unlawful, illegal, null and void ab initio,” said Githu.

“The punishment of committing treason is death. The swearing-in of any person not declared by IEBC, and who did not win the election, is unacceptable. The criminal law of the Republic of Kenya stipulates that this sort of process is high treason. It is high treason of the persons involved and any other person facilitating that process,” he said.

The AG also put on notice County Assemblies that have passed motions for the formation of Peoples’ Assemblies, saying they were in serious and material breach of both the Constitution and Section 95 of the Public Finance Management Act.

He added that they would be surcharged for any and all expenditures incurred in pursuit of the illegal motions while MCAs in addition risk losing their representative capacities, having ceded their representative mandate back to the people who elected them, and calling of fresh elections thereof.

According to Githu, the MCAs would be cited as being unfit to hold public office for material breach of the Constitution and the Law under the Leadership and Integrity Act.

“The rule of law and the functioning legal institutions and vital for good governance, which is essential to peace security and development.”

The rule of law is the foundation of our Republic. We urge all parties to adhere to the rule of law and the pursuit of a greater calling,” he said.

The AG noted that the High Court in Kitui has already issued an interin conservatory order pending and interparties hearing on January 25, 2018 restraining the County Assemblies from constituting a special college for the appointment or election of members, delegation and observers to the People’s Assembly or in any way participating in the People’s Assembly, implementing the motions tabled and moved in the County Assemblies or in any way changing the Constitution without adhering to Article 257 of the Constitution.

According to Githu, the concept of a “people’s assembly” is an alien term to the Constitution and is neither established within the framework of the County Government Act or any other legislation.

“The establishment of the proposed assemblies is also not envisioned within the mandate or function of County Assemblies or indeed County Governments,” he said.

“Article 1(3) of the Constititution provides that sovereign power of the people under the Constitution is delegated to Parliament and legislative assemblies at the County Governments, the Executive at National and County level and the Judiciary. People’s Assemblies have no legal status in Kenyan law and as such they remain unlawful, illegal, null and void. Any action by County Assemblies to establish “people’s assembly” is illegal as it is not anchored in any known law nor legally mandated within the framework of Kenyan law,” added Githu.

NASA, which does not recognise President Uhuru Kenyatta’s win the October 26 fresh election, plans to swear in Raila on December 12 at a People’s Assembly, saying they would invoke Article 1 of the Constitutin which states that the people may exercise their sovereign power directly or through their elected representatives.

Githu spoke as Raila, who was speaking at the City Mortuary where he had gone to condole families of those killed by police, told off western countries that are against his swearing-in as the the ‘people’s president’, saying the will of the people cannot be stopped.

He wondered why the United States says his swearing in would be a violation of the Constitution yet it did not raise its voice when innocent supporters were being killed.

“We thought we had friends but we were wrong and now we know they are enemies. Up to today, no single ambassador has condemned the killing of people by police. The western countries should, therefore, keep off the affairs of the country as Kenyan problems will only be solved by Kenyans themselves,” he said.