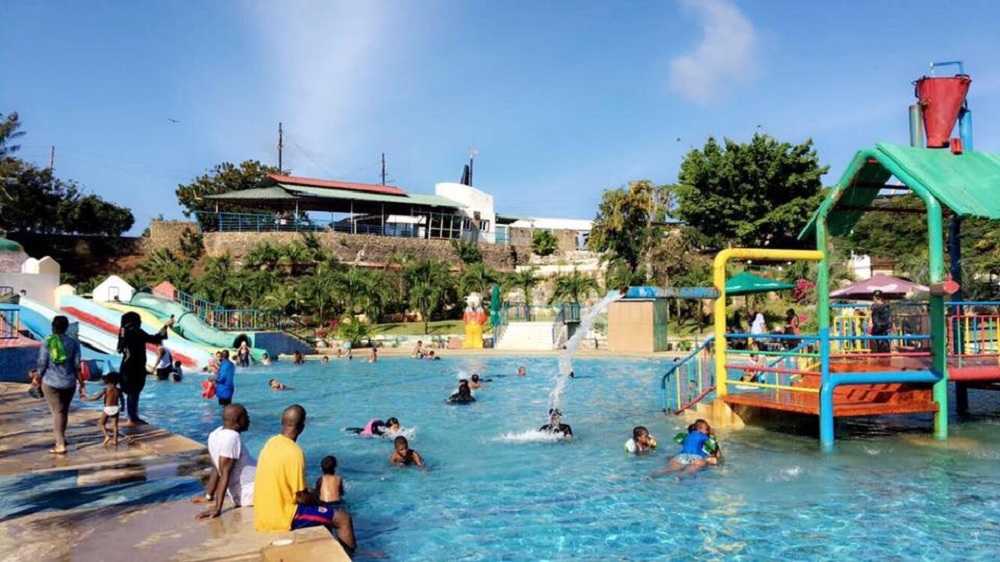 There is a reason why Mombasa’s Wild Waters is regarded as paradise. The entertainment spot located along Links Road in Nyali just next to Mamba Village Park has everything for everyone looking for happy times.

It has as many as 15 adult and kids’ water slides and enough water play stations. This huge paradise will have you and your kids enjoying yourselves hours on end. There are sports and dance bars for adults to enjoy as well as a video arcade that caters for those who wish to just sit back and relax.

Wild Waters also houses a conference center seminar room, both of which can be rented out for meetings. The venue is perfect for birthdays, school day outs, corporate day outs, team buildings and even weddings.

Taking you back to the beginning….

“The driving force of building the Wild Waters theme park was to build a state-of-the art Family Entertainment Centre to serve both local and international tourists,” stated Shaileen Shah, who is the marketing executive at the park.

Many a times, people would travel to various countries for the sake of the water theme parks hence the decision to construct one in order to attract the tourists back into the country. In order to build a theme park, one needs a huge amount of land as well as finances for it is not a cheap commodity.

> Five reasons to spoil yourself without feeling guilty

The land on which Wild Waters is built once used to be a quarry that has been abandoned for 40 years. The quarry was transformed from wasteland into the facility that it is right now.

Its construction saw the empowerment of the people of Mombasa as the locals were given the job to build the park as well as the fact that they sourced the staff from the coastal city when it begun operations.

Building and maintaining the park did not come easy as there were several challenges from designing the Waterpark, importing parts to clearing the site. Setting up the slides and rides was not a walk in the park either due to lack of technical know-how locally. It seemed more like rocket science but they eventually got engineers who understood the basics. Hiring the right staff from the managerial positions all the way down to the life guards, waiters, cooks and gardeners was also quite a challenge when assessing their competency.

ALSO SEE: How to generate business ideas that work for you

“We needed to hire people who understood the job and also those would work well with other staff. I was not about to hire a lifeguard who doesn’t know how to swim if you know what I mean”, said Mr Shah.

One of the biggest challenges was figuring out the right price point for entry tickets that would in turn bring in profits to the facility. The entry fee is Ksh1,400 per slider and Ksh300 for non-sliders which are a fair amount because people get value for it.

Being the largest Waterpark facility in Kenya is an advantage in that with no competition, many water lovers seek it out for entertainment. Wild Waters offers an attraction like no other focusing on high quality entertainment and customer service ensuring guests leave with memorable experiences.

But the park has also faced its share amount of hard times. After the 2007/08 post-election violence, piracy threats and terrorism threats, the total volume of tourism in Kenya, both local and international, dropped significantly. This was a serious blow because the park’s major source of income comes from tourists. With high operating expenses and high financing costs, the business was burning cash with no returns. When you spend more than you earn in your business, you end up experiencing huge losses.

There is also the low season whereby there are not too many customers. During this period, the park diversifies its offerings to minimise losses during low season. The diversification includes offering corporate activities including conferencing, team building, and corporate dinners. This has the park staying active all year round.

Wild Waters extends a helping hand to many charitable organisations free of charge, thus giving disadvantaged children access to an experience they would never otherwise have in their lives. An example of the Tumaini Children’s Home.

Mamba Village is often regarded as Wild Waters’s main competition by Mr Shah says they offer a differentiated product range that is complementary to Mamba Village’s offerings and not exactly a substitute.

“Competition is also healthy and there still remains a cordial relationship between the two companies. We assist them whenever they require our assistance and vice versa,” stated Mr Shah.

“I love Wild Waters Park. I have been coming here since 2012.  It is a great place to chill. I go to the slides during the day, and ride the bumper cars at night. Their food is also good. My best time of the year is during New Year’s Eve because the slides are open at night,” gushed Philip Ngila, a Wild Waters Park fanatic.

Asking Mr Shah what next for Wild Waters, he responded by saying that they are working on more rides and better entertainment.

Top 7 Sports Movies and Documentaries to Watch on Showmax