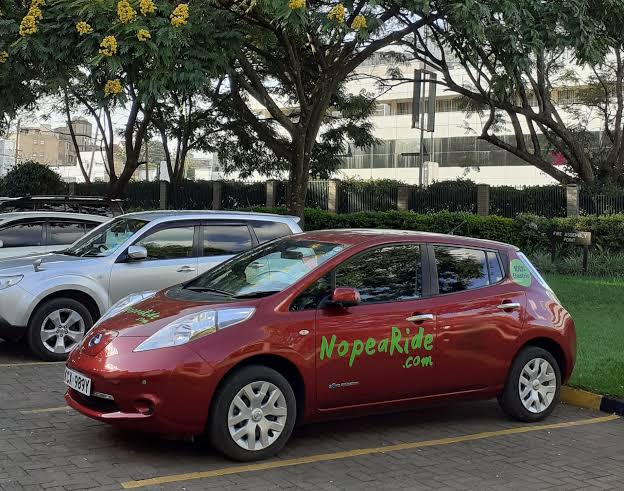 Electric vehicle (EV) ride hailing company Nopea Ride is shutting down, and has already taken its vehicles off the streets of Nairobi. It is folding four years after it first launched in the country, in August 2018.

The exit has primarily been attributed to a declaration of insolvency in Finland by its principal investor, EkoRent Oy. EkoRent Oy holds a majority stake in the venture, with minority shareholder InfraCo Africa now filing for liquidation.

“This is due to the fact that EkoRent Oy was the principal financier of EkoRent Africa Limited and all the technical knowledge on the running of the business lay with EkoRent Oy. A mention date has been set for 13th December 2022,” it added.

It has already notified its staff and corporate clients of its exit. The company, however, highlighted several other factors that contributed to the ride hailing firm’s struggles in Kenya.

Among them was its failure to raise additional funding, have the required number of EVs to break even in Nairobi and the damaging impact of Covid-19 on daily ride numbers.

“When closing the initial equity round for NopeaRide, we had estimated the number of vehicles needed to break even in Kenya. We were still short of that number by around 20 vehicles and signed an agreement with a financing consultant in February 2022 to help us find the needed financing,” Nopea noted.

The company made a splash when it launched with the promise of driving an electric mobility revolution. In recent years, several EV startups have set up shop in Nairobi, with Kenya positioning itself as a green energy hub and the government committing support to the sector. Power generator Kengen and distributor Kenya Power are among firms keen on developing infrastructure to support uptake of EVs, such an extensive charging network.

Among the startups are sellers of electric two and three wheelers, and mass electric mobility players such as Opibus and BasiGo.

BasiGo, for instance, on November 29 received a shipment of 15 new electric buses set for the streets of Nairobi. The company has in 2022 been piloting electric buses on a handful of Nairobi routes.

The startup helps bus owners and operators electrify their fleets and partners with banks to provide pay-as-you-drive financing.