An excellent credit score means one can get access to loans facilities at any institution, including banks.

Surprise inclusions among the list of top 10 ‘How to’ searches were How to cook mandazi’ and “How to make spaghetti’.

The rise in the number of people seeking to know their statuses could be commensurate to an increased uptake of loans, especially those offered on mobile platforms, and potentially an equally high number of defaults.  Unsurprisingly ‘How to pay Tala loan’ came in at No.3 in the Top 10 How to searches.

Being blacklisted means one cannot get credit from any financial institution, including banks.

Football fixture Chelsea vs Manchester City – played twice in February – was the most googled item by Kenyans during the month. The first match played by the two soccer giants was an English Premier League Fixture held at City’s Etihad Stadium on February 10 which ended 6-0 in favour of Manchester City, the second one was the Carabao Cup Final played at Wembley Stadium on February 24 which City won 3-4 on penalties.

The second most googled item was another football match, a Champions League fixture, Manchester United vs Paris Saint German (PSG) played at Old Trafford on February 12 at Old Trafford which the French team won 0-2.

Featuring as the third most searched item during the month was Wasafi Records duo’s Rayvanny and Diamond Platinumz hitsong Tetema which on March 4 was closing in on 8 million views on You Tube.

The Europa League was the month’s fifth most popular item which shows that Kenyans are very ardent football fans.

Slain human rights activist and founder of the Dandora Community Justice Center Caroline Mwatha was also googled heavily and features at position six in the list. Before she was found dead on February 12, the activist had been missing for a week. Her autopsy showed that she died as a result of a botched abortion procedure.

Kenyan Universities and Colleges Central Placement Service (KUCCPS) was the seventh most searched item, as Kenyans went on Google to determine the deadline for 2019/2020 university placements.

Mildred Odira, the slain switchboard operator who worked for Foresight Company stationed at Nation Centre, who was found murdered after she had gone missing for a week. She features at number eight on the list.

In ninth position was the Public Service Commission’s (PSC) website, www.publicservice.go.ke, which provides an overview of available jobs and internships in public service.

Top 10 How to Searches 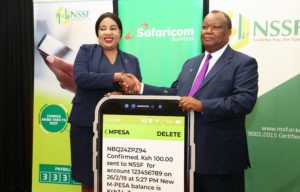