Businessman Jimmy Wanjigi and his wife Irene Nzisa have threatened to sue The Nation newspaper over a report which linked them to land fraud.

Through law firm Otieno Ogola & Company Advocates, the two in a letter dated April 17 demanded the publisher withdraw the article from all its platforms, make a public apology and submit a settlement proposal befitting the damage they claim the article has caused them.

If the Nation Media Group (NMG) fails to adhere to their conditions, the Wanjigis warn that they have instructed their lawyer to institute formal legal proceedings.

“The said publication in any event is false and factually inaccurate. Our clients have never been involved in the alleged acts that you have indicated in your article. The article also does not accurately cover the alleged proceedings instituted before the Environment and Lands Court,” reads the letter.

Jimi and Nzisa Wanjigi further faulted the media group for wedging a campaign against them which they claim has lasted for over four years.

“It is our instructions that your article has been informed by malice and is part of a continuing ill motive that your establishment bears against our clients which has now been running for over four years,” further reads the letter ” You will note that in the said period that your publication has been awash with negative, inaccurate and malicious articles against our client,”

The article published by Nation Digital on Wednesday April 17 detailed proceedings during the court session where the reporter wrote that Yogesh Patel, a businessman has sued the Wanjigis for using a shell company to defraud him a Ksh56 million deposit meant for a 0.8 acre piece of land situated in Westlands.

Nation reported that Mr Patel submitted that the Wanjigis and one Augustine Kariuki Thuo through their firm Aureum Ltd agreed to sell him a prime piece of land for Ksh260 million in June 2018 but refused to refund his deposit once they transferred the piece of land to someone else.

Jimi Wanjigi has had a frosty relationship with NMG since June 2017 when The Nation published a series of articles that portrayed him as a wheeler dealer who has acquired his wealth by being a cartel and by virtue of his proximity with influential families in the Kenyan political landscape.

It would later reach breaking point when The Nation published his obituary on February 7, 2018.

Wanjigi sued The Nation for Sh100 million for the erroneous obituary in November 2018, the case is yet to be determined. 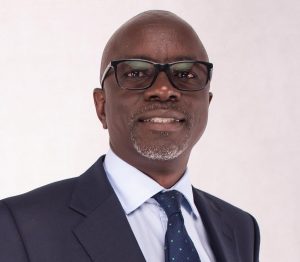