A passenger has been arrested after causing a bomb scare aboard a Kenya Airways flight destined for OR-Tambo International Airport, Johannesburg.

The man is said to have engaged a flight attendant in an argument during he mentioned the word “bomb” causing pandemonium. He was arrested and handed over to Anti-Terrorism Police Unit for grilling.

KQ said the incident happened at approximately 1315 GMT on Wednesday aboard flight KQ 762, which was departing from Jomo Kenyatta International Airport (JKIA). The flight, which was taxing for take-off was abandoned.

“KQ would like to report that the passenger who raised the bomb scare has been taken into police
custody. All the other passengers and crew have disembarked for security re-screening and the aircraft
is undergoing extensive security checks,” Dennis Kashero, Head of Communications & Public Affairs said in a statement.

“At Kenya Airways, one of our core values is the safety of our passengers and this is a necessary a
precautionary exercise. We work closely with the relevant law enforcement agencies, Kenya Civil Aviation Authority and the Kenya Airports Authority to counter any security threats to our passengers and the country. We will give you further updates as we get them,” he added.

The incident caused the grounding of all flights at JKIA for screening. KAA, however, says operations are back to normal.

“Jambo! We would like to clarify to the general public that flight operations at Jomo Kenyatta International Airport are up and running,” it said on Twitter. 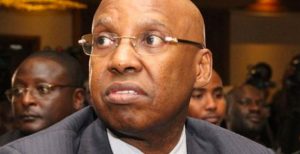