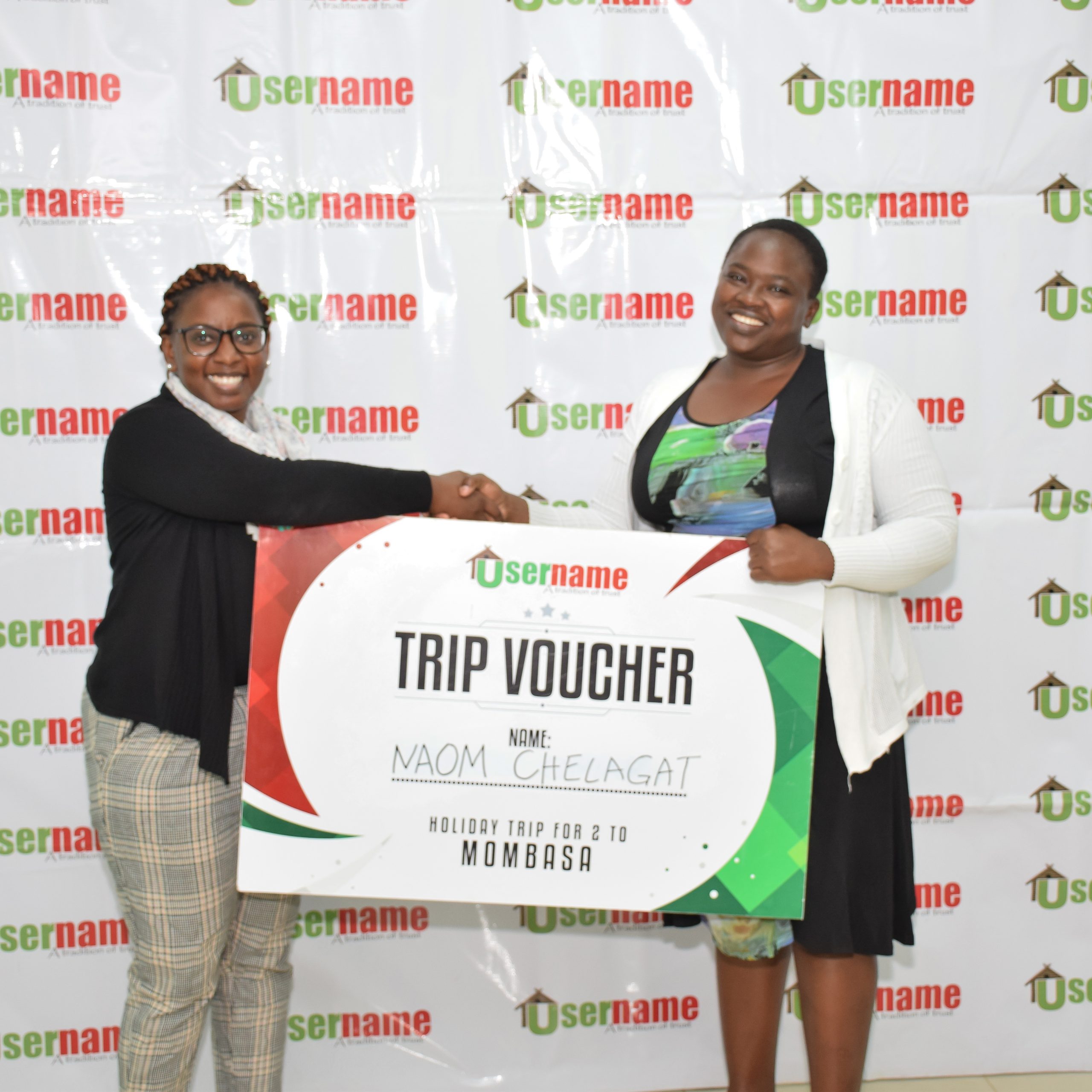 Real estate investment proved to be profitable for a Kenyan living in Diaspora after she won a holiday trip for two to Thailand.

The real estate investment company had launched a two months campaign for November and December 2019. The campaign saw thousands of investors invest in real estate using the company to get included in the draw.

Veronicah Macharia, who is a Kenyan based in the United Kingdom, emerged victorious in the draw that was held at the Company’s headquarters this January. The other two winners include Naom Chelagat who won a fully paid holiday trip for two to Mombasa and Susan Njoroge who won a similar holiday trip to Maasai Mara.

The winners were randomly picked in an open draw which saw thousands of investors contest for the prizes. Other investors also won shopping vouchers.

Speaking during the draw, Username Investments CEO, Reuben Kimani noted that the two months campaign was an opportunity to help investors achieve investment goals towards the end of 2019.

“We extended massive discounts to clients to enable them to clear their payments and stand a chance to enjoy their dream holiday destination. Username investors hit two birds with a single stone, owning land and enjoying a fully paid holiday,” Kimani said.

The lucky lady Veronicah, on the other hand, said that the award came as a surprise to her as all she wanted to do was just invest in real estate. She added saying she has been trying to invest back home in Kenya but has since been unsuccessful.

“We have previously tried to invest unsuccessfully in property back home but we end up losing our hard-earned money. You have stood the test of time and emerged as a legit Company for Kenyans living in the United Kingdom and beyond. I am happy to have invested in affordable land with you”, Veronicah noted when she received the call to inform her of the grand win. She had invested in property in Naivasha.

The dates for the holiday are the winner’s prerogative and the Company will facilitate travel arrangements once an awarded investor picks their dates.

Situated on Tatu City’s first main road, the British-Kenyan venture’s first 48 units are spread across four blocks with 12 apartments each.

Some companies like Fanaka Real Estate offer flexible installment plans that can run for as long as 12 months.

Fanaka Real Estate invests in land near town centres as well as around upcoming projects to give value to its properties.

The 1,920 housing units project is being developed by Sycamore Pine Ltd in conjunction with Safaricom and Shelter Afrique.

The unique development is expected to serve the growing need for residential houses and narrow the deficit in the demand for housing Kenya.