One week after signing a five year Ksh520 billion deal worth of loans and grants with the European Union (EU), the National Treasury has announced plans to borrow a further Ksh92 billion from different lenders which will further add to the jaw dropping Ksh5.1 trillion public debt.

In documents tabled at parliament on November 27, Treasury said that the loans will be used to finance various development projects with a huge chunk of the money, Ksh 77.48 billion to be acquired from the Export-Import Bank of the United States going towards reviving Kenya Airways in a bid to make the national carrier more competitive.

According to the Treasury, the loans will be repayable between a period of 20-25 years.

According to the Treasury, the government signed a Ksh 9.23 billion deal with the Japanese government in March. The money will be used to rehabilitate the Ol-Karai geothermal power plant.

In March this year, the government signed another deal worth Ksh3 billion with the African Development Bank (AfDB), funds which will go towards training the youth on agricultural skills as the country forges ahead with its quest to be food secure.

The development will not be welcome news for Kenyans who have raised their concerns over the country’s debt levels. The National Treasury in its draft Budget Review and Outlook Paper projects that the national debt will rise to Ksh 7.1 trillion by the time President Kenyatta leaves office.

Further, Treasury’s estimates project that the government will have acquired Ksh 2 billion loans as Uhuru exits the scene. 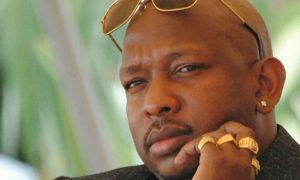