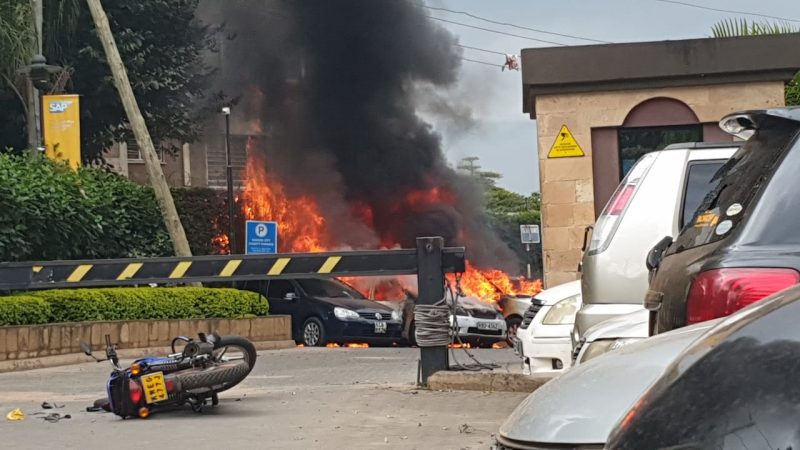 When Al-Shabaab militia attacked 14 Riverside Complex in Nairobi on 15th January, Tuesday afternoon, nearby schools were affected after the loud bang from an explosive reigned the air.

The bang occurred when children were still in school session before breaking in the early evening.

A teacher in a nearby school tweeted that the children were calm and they could not decode what was going on.

Activist Boniface Mwangi also tweeted how he was trying to explain to his children what terrorism is and providing answers to their questions. 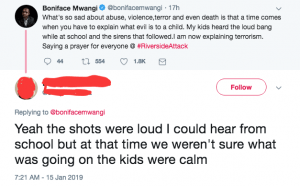 Disasters can affect the emotional well-being of children. Parents and guardians are usually left concerned on the effect of such occurrences as they try to explain the situations to the kids who keep asking questions and seeking clarification.

Below are tips prepared by the ’Save the Children’ Organization on how parents and caregivers can support the children through the disaster .

Televisions provide images, videos and reports on the ongoing disaster or attack. The pictures can be overwhelming to kids even to some adults. Watching too many television reports can scare and confuse children, therefore, limit watching reports on the television on ongoing catastrophes.

Listen to your children carefully

Before responding to the questions the children have on disaster, find out what the children knows and understand about disaster. Then talk to them and help them to understand the situation and ease their concerns.

Reassure the children that they are protected. Tell them that the adults will always ensure their safety comes first during a disaster and they will do everything to help the kids who have been affected directly.

Be alert for behavior changes

Significant behavior such as eating habits, sleeping patterns, concentration levels, emotional swings or frequent physical complaints can tell the effect a disaster had on a child. The effects will lessen with days, but if they persist seek professional help.

Minors of any age can be affected by a catastrophic event. As younger children will depend on their parents to explain the events, adolescents can acquire information from different sources like the internet. Therefore, provide them all with love, support and understanding.

Watch your own behavior

Be sensitive and compassionate to those affected by the disaster. The children will learn we need to help each other when such an occurrence happens.

Help your children to return to normal routine

Parents and teachers should ensure that children, at home or school, return to the normal routine and avoid discussing the disaster all the time.