The Atletic Logo. In the world of journalism, the company is disrupting the market by making its journalists part owners.

Ever stop to imagine a scenario where Citizen TV owner SK Macharia wakes up one day and decides that 20% of Royalmedia Services (RMS) should be owned by its journalists.

What would be the impact of such a decision on the journalists productivity ? Would Jeff Koinange, Francis Gachuri, Nimrod Taabu and Yvonne Okwara be ten times better than they currently are knowing that delivering quality content will yield them a tidy dividend?

Or better still let’s cross over to the Standard Group and try to cross paths with the Mois and tell them that shedding part of the company to staff would likely make them richer, would they listen?

What if all Nation Media Group (NMG) platforms were ad-free and journalists did not have to worry about statistics or upsetting possible commercial partners but instead concentrate on content that will sell itself.

Imagine K24 having the resources to embed at least two journalists to cover the same news making item/institution, would that lead to a boon in Kenyan journalism?

International broadcasters have moved away from the traditional media business model which is heavily dependent on advertising by embracing the subscription-based model.

This subscription model has served The New York Times so well that it now boasts of 3.8 million online subscribers across the world who fork out $1 per week to see what NYT has to offer bringing the publishers revenue to Ksh384.5 million per week, Ksh1.5 billion a month and Ksh18.4 billion a year.

Subscription allows journalists to be independent and concentration is turned to delivering quality content that readers clamour to pay for and even further away from clickbait journalism.

But today the subject at hand is not subscriptions. It is about a media group that decided to make its journalists part owners of the company.

If you are a sports fan you have probably heard of a publication called The Athletic. If you are an ardent sports fan like me then you have probably parted with Ksh1,000 a month or Ksh6,500 per year to access what is now being billed as the best coverage of the English Premier League (EPL), the National Basketball Association (NBA) and the National Football League (NFL) and virtually all major sports in the US.

In August 2019, The Athletic sent shockwaves in British sports journalism by poaching the best football writers from different publications including BBC, The Times, The Guardian and Daily Mail as well as other publications.

The company recruited more than 50 journalists including award-winning writer Daniel Taylor from The Guardian and David Ornstein from the BBC. Each team in the premier league has a dedicated writer while some more popular clubs like Manchester United and Liverpool are covered by more than one writer.

The Athletic however only entered the UK market in August last year after taking over sports audiences in the US with aplomb in 2016. The American publication, flush with cash poured more than $90 million (Ksh9.1 billion) into the project

The project was bankrolled by US-based venture capital firms including Founders Fund and Comcast Ventures.

While recruiting the British journalists, skeptical observers wondered whether the model would work in the UK and more eyebrows were raised by the decision to give the journalists equity.

The percentage of The Athletic UK that the journalists own is not yet public knowledge but one would assume that the rationale behind granting equity to the employees is to make them motivated enough to work their socks off.

But the brains behind the project are convinced that quality content will be a hit with sports fans who will quickly jump on board.

“We will wait every local paper out and let them continuously bleed until we are the last ones standing. We will suck them dry of their best talent at every moment. We will make business extremely difficult for them.”The Athletic CEO Alex Mather told The New York Times.

Months down the line, the service is slowly raking in subscribers across the world. With premier league fans from across the world adding The Atheltic to their bill list.

As more subscribers troop in, the journalists are set to laugh all the way to the bank in an industry hit hard by disruption. 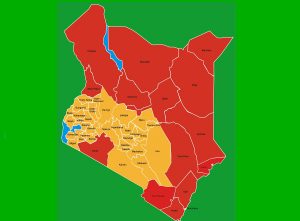