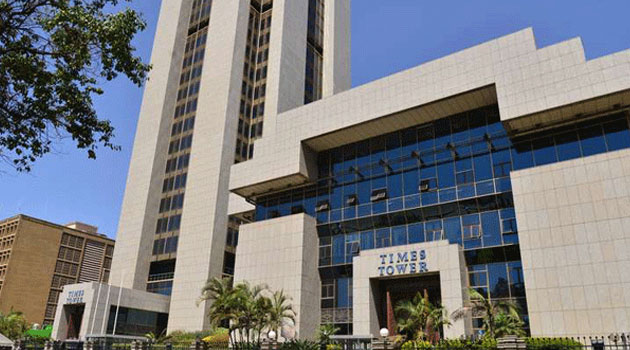 Times Tower. The KRA headquarters in Nairobi. A trader who supplies goods to Trans Nzoia County has been charged with tax evasion amounting to Ksh3 million.

The Tax Appeals Tribunal has ruled in favour of KRA in a case filed by Kisii Safari Inns Ltd T/A Kaskazi Beach Hotel challenging the collection of taxes amounting to Ksh74.26 million.

The Tax Appeals Tribunal in a ruling delivered on September 11, 2020 dismissed the Taxpayer’s application for extension of time to file an appeal out of time.

The taxpayer had failed to file an appeal within the statutory stipulated timelines.

The taxpayer filed an application seeking to have time enlarged in order to appeal to challenge the enforcement measures initiated by the Revenue Authority to collect the outstanding revenue.

KRA opposed the application on the ground that the taxes it sought to collect were based on taxpayer’s own self-assessments.

KRA further argued that the taxpayer had admitted owing the taxes demanded but had failed to make payments or present an agreeable payment plan as provided for under the Tax Procedures Act 2015.

While agreeing with KRA, the Tax Appeals Tribunal held that it was unable to extend time for the taxpayer to file an appeal unless and until the Taxpayer pays the undisputed taxes.

This means that KRA will not allow taxpayers to file appeals on matters with admitted tax liabilities.