Kenya Revenue Authority (KRA) has raised Ksh8.3 billion from the Alternative Dispute Resolution (ADR) mechanism as at 30th April, 2018. The ADR mechanism has resolved a total of 181 tax disputes in the last three years.

KRA says it has revamped the ADR function by engaging a pool of facilitators who handle disputes between taxpayers and various revenue departments. In addition, KRA has developed an ADR framework which gives general guidance to parties in a tax dispute.

Alternative Dispute Resolution (ADR) is a process by which taxpayers seek to have an independent review of a tax assessment, resulting from a tax audit, outside the environment giving rise to the dispute. The process safeguards taxpayers’ rights to challenge a tax assessment and get a fair hearing. It provides an environment where tax disputes are amicably resolved without recourse to lengthy and costly litigation. The process is confidential, without prejudice, voluntary and non-adversarial.

The process is suitable for a wide range of tax disputes except in instances where a tax dispute requires interpretation of the law, or there is an undisputed judgment(s) or ruling(s) on the matter at hand or either party is not willing to engage in the ADR mechanism.

READ: 13 BAD HABITS HOLDING YOU FROM BEING RICH

ADR is only applicable upon mutual consent of both parties to engage in the same. The parties involved are the taxpayer and a representative of either the relevant KRA revenue department.

A tax dispute commences with an objection to a disputed assessment/ decision after a confirmation of the assessment/decision. The parties appear before a facilitator, who guides the parties towards a mutually agreed position.  Upon agreeing, an ADR Agreement is drawn setting out the agreed terms. The agreement is then executed by the parties, marking the end of the ADR process. The ADR agreement must be within the confines of the constitution and applicable revenue statutes. 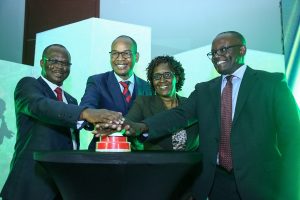