Standard Chartered Bank has announced its commitment to pursuing sustainable financing in its dealings across various sectors.

Speaking at the opening of the inaugural African Summit themed – Transforming Africa into the next Global Growth Engine – in Nairobi on Thursday, Standard Chartered Bank Kenya Chief Executive Officer Kariuki Ngari said that sustainable finance is now recognised as one of the megatrends shaping the future of global finance.

“This summit marks a major milestone for us at Standard Chartered Bank Kenya. At a time when Kenya, and Africa continent at large, is facing continued economic and financial vulnerability, we have committed to pursue sustainable finance in our dealings across various sectors,” Ngari said.

“Financing and sustainability go hand in hand. Financial institutions were the key determinants of global capital flows. Banks have a powerful tool –financing –to promote change. We have an opportunity and obligation to leverage our banking knowledge, products and footprint to provide client solutions which not only make financial sense, but also have a positive and lasting impact on our communities and environment,” he added.

The meeting was attended by leaders from leading financial and environmental institutions, the United Nations, multinationals and sustainability campaigners.

Standard Chartered Bank Regional CEO, Africa & the Middle East Sunil Kaushal said working towards the prevention of climate change is estimated to cost the global economy almost US$14 trillion per year by 2100, hence the need to sensitise financiers on sustainable financing.

“In 2018, Standard Chartered issued the world’s first blue bond, on behalf of The Republic of Seychelles, and raised US$15 million from impact investors to finance the expansion and transition of its marine protected areas, improve governance of priority fisheries and develop its blue economy. In addition, Standard Chartered structured the financing for the largest renewables deal in the Gulf region for DEWA last year. The project is also the largest Green Belt and Road solar project and uses landmark technology, which will allow Dubai to utilise solar power at a world record tariff around the clock.”

“Standard Chartered involvement in deals such as this ensures that the Bank is contributing to the long-term sustainable growth of economies as well as supporting its commitment to the United Nations Sustainable Development Goals,” Kaushal added.

“ Traditionally in Africa, infrastructure investments have predominantly been developed via public procurement initiatives with funding sourced partially through budgetary allocations and large-scale sovereign borrowings – the latter often on a bilateral basis. As Governments around Africa run out of sufficient borrowing capacity to meet its growing infrastructure needs and credit appetite for sovereign lending sources diminishes, Public-Private Partnerships (PPPs) are starting to constitute an important channel to attract private sector financing into infrastructure projects. The involvement of the private sector introduces a new “commercial lens” ensuring that projects are conceived on a viable and sustainable basis,” added Dr Kituyi.

Standard Chartered recently launched the world’s first Sustainable Deposit, dedicated to financing sustainable assets in developing countries aligned to the United Nations’ SDGs, allowing investors access to dynamic markets and giving them an opportunity to put their money into addressing some of the world’s biggest long-term social and environmental threats. 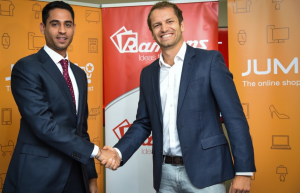