Shelter Afrique has urged African governments to establish a housing microfinance fund improve access to housing finance by those in the lower end of the market.

Speaking at the Affordable Housing Investment Summit in Nairobi recently, Shelter Afrique’s Chief Executive Officer Andrew Chimphondah said most policies had an exclusive urban focus, and non-consideration of the low-income groups and the rural areas, adding that the establishment of such a fund would make it easier facilitate efficient and inclusive housing market systems and make affordable housing a reality across Africa.

“Access to adequate housing for low-income earners is a critical development issue globally, and more so for Africa. A safe and stable home is the first step to a productive, healthy life, yet owning a home is beyond the reach of the vast majority in Africa. Currently, 90% of Africans cannot afford to buy a house or qualify for a mortgage,” Chimphondah said.

Chimphondah said majority of African countries were facing housing crisis and that the continent housing industry required at least minimum of US$ 2.5 billion in new investment annually for any meaningful impact.

Shelter Afrique’s Chairman Daniel Nghidinua said with the right enabling policies and by following coordinated and inclusive approach, African countries have and can mobilize requisite capacities and resources to tackle the shortage of affordable housing.

“For instance, only 2.4 percent of the Kenyan population is able to afford typical loan rates. At the end of December 2018, there were only about 26,000 active conventional mortgages in the whole country – the majority of which were granted to urban professionals. In Uganda, which has a population of 42.8 million, the number was just 5,000 in 2018,” he said.

“There is also a need for alternative housing finance products such as medium-term non-mortgage finance instruments, mini-mortgages, and micro-finance for housing,” Chimphondah said.

Recent report indicate that more than 60% of sub-Saharan African currently lives in slums. 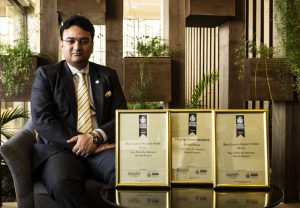