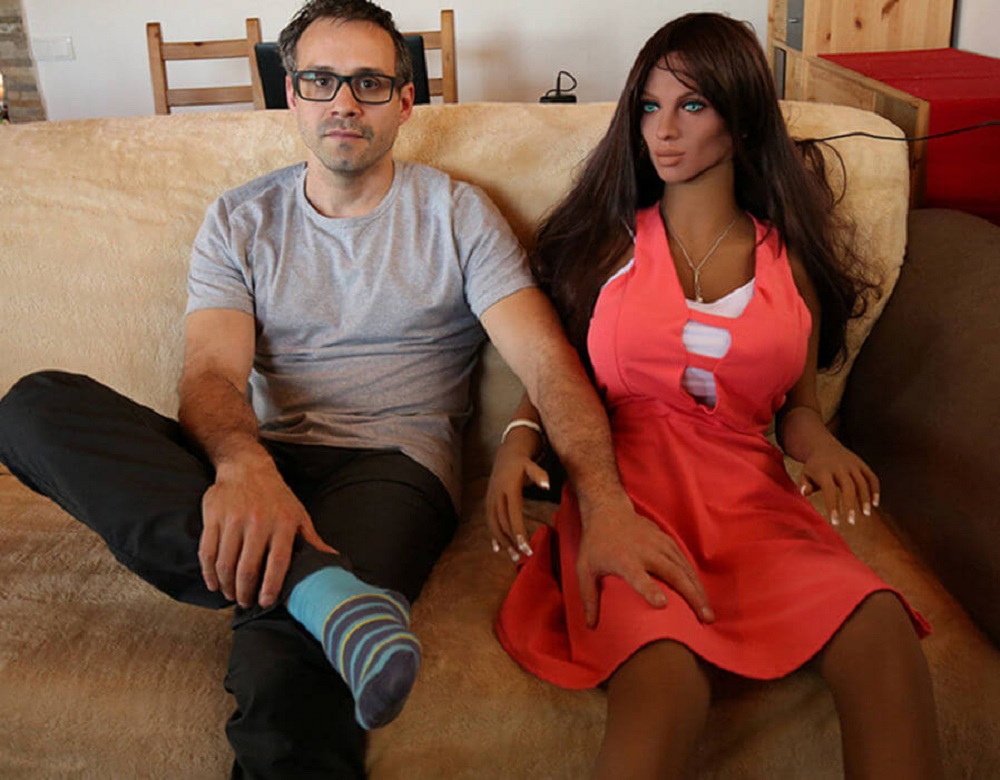 S*x robot ‘Samantha’ will soon have an added intelligence to reject your s*x sessions. According to Dr Sergi Santos, the Spanish inventor of sexbot Samantha, the newly invented s*x doll will completely shut down if it is not in the mood. So the fact of consent which was long neglected when it came to s*x robots, is now tried to address with Samantha, a more developed in human form s*x robot.

Samantha’s ability to say ‘no’ was demonstrated to an audience in front of the UK’s leading scientist hubs. The s*x robot has hidden sensors under its skin which can respond to human-like affection and realise if you are probably just faking up.

On the other hand, if Samantha is stimulated in a right way, she can whisper nice things in your ear and show affection. The microcomputer in her can remember the previous interaction you’ve had to make the future ones more ‘special.’ And you thought of sexbots as soulless devices to facilitate s*x?

Samantha is going to have so many more features likes switching modes between family’, ‘romantic’ and ‘s*x’. Not to forget she also has an ‘extra-n*****y’ level. So while it can reject your not so endearing affection it can also go lengths to please you!

If too bored with your fake attention, it can switch to ‘dummy’ mode, a total soulless doll. The sensors developed will understand the intention of your touch- if it is too aggressive or disrespectful. So aggression can turn Samantha into just a lump of plastic.

Dr Santos worked on a prototype with Maritsa Kissamitaki, his wife of 16 years.Samantha will soon go in mass production with a price tag of Ksh 475,000 ($4,700), although right now just the prototype exists. The usage and selling of s*x dolls is opposed on several moral grounds, while some say it is ‘r**e.’ Others have pointed out how s*x dolls are very degrading to women. Thus, we have Samantha who will come with mindful sensors of her own and can differentiate between good and bad touch.

Professor Kathleen Richardson, founder of The Campaign Against S*x Robots, branded Samantha as ‘an extension of p*********y and p**********n’. She said it was a ‘waste of money which could be spent on better things’.