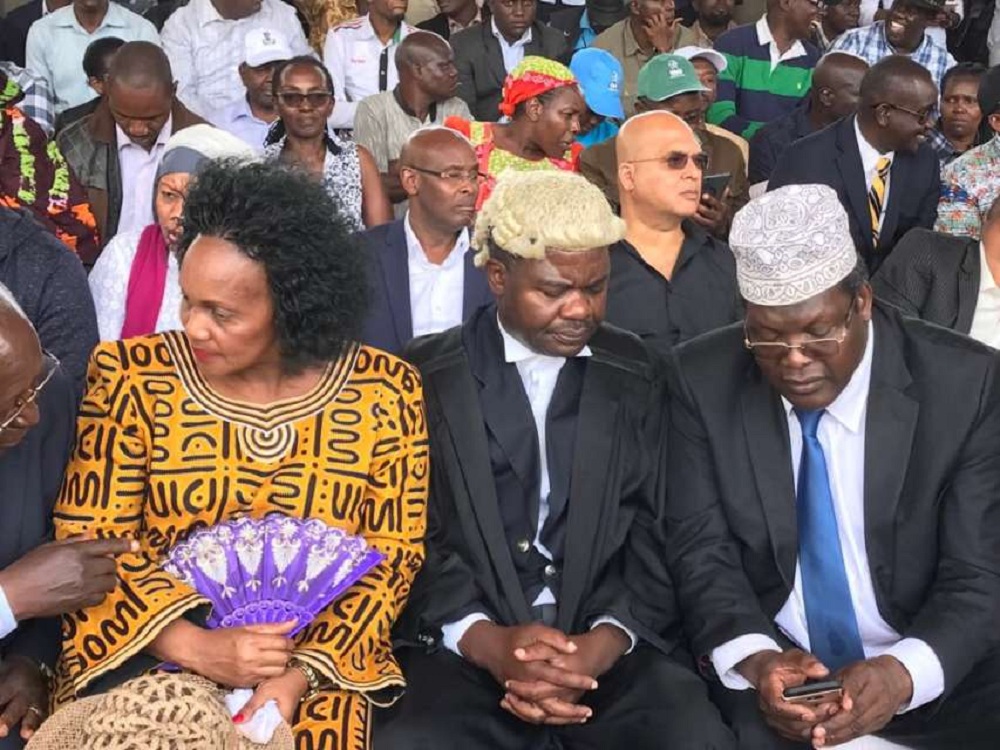 Ruaraka MP TJ Kajwang has been a******d for “presiding” over Tuesday’s swearing in of NASA leader Raila Odinga at Uhuru Park grounds as the “People’s President.”

Kajwang, who was wearing a lawyer’s wig and robe during the ceremony, was picked up by detectives at the Milimani Commercial Courts in Nairobi and whisked off to Mazingira House, the Directorate of C******l Investigations headquarters for grilling.

The a****t came moments after Interior Cabinet Secretary Dr Fred Matiang’i liked the events at Uhuru Park to an attempt to subvert or overthrown the legally constituted Government of the Republic of Kenya.

Matiang’i says the government has launched a full p***e into those who participated in the i*****l activity, including media houses that ignored a prior full security brief, and sought to facilitate incitement that could have led to the d****s of thousands of Kenyans.

He said Citizen TV, NTV and KTN News, which were shut down on Tuesday morning, would remain closed until the investigation is over.

Earlier, it has emerged that the security details of MPs allied to NASA had been withdrawn a day after those of their principals, including Raila, were equally recalled.

On Tuesday, Matiang’i had also proscribed the National Resistance Movement (NRM) as an organised c******l group paving the way for a crackdown on Opposition elements that could see them jailed and their assets seized.

On Wednesday, the CS claimed NRM is an a***d m*****a that was out to cause chaos by provoking Nairobi residents.