Royalmedia Services. The company is set to send its employees, mostly in the radio department home.

One day after Mediamax showed nearly 100 employees the door, Royal Media Services on Tuesday sent a number of its employees home, trimming numbers in order to stay afloat in fluid media market.

Business Today has learnt that the company has issued a number of employees working in the radio department with redundancy letters while more letters covering various departments are believed to be in the pipeline.

According to sources, Radio Citizen presenters Syombua Osiany, John Maloba and Himenigilder Mugeni are among the employees being retrenched. Popular Hot 96 FM Presenter Nancy Wanjiku Karanja AKA Shix Kapienga is also set to be sent home. Kapienga hosted Drop Zone on Hot 96 FM Monday to Thursday from 7 pm to 10 pm.

It is expected that the broadcast power house will sack more media personalities and journalists in the coming weeks.

Although Royal Media has once in a while aligned its personnel, when it comes to retrenchment, the SK Macharia owned media house is most remembered for a 2016 massive layoff that claimed the jobs of 100 journalists.

RMS is the holding company for Citizen TV, Inooro TV, Radio Citizen and a flurry of vernacular radio stations.

Despite being the market leader in the broadcast business, RMS just like all other players in the industry, has also been affected by the Covid-19 pandemic and is expected to announce further measures to remain sustainable if the situation does not stabilize.

In March, Managing Director Wachira Waruru announced up to 30 percent salary cuts as part of the company’s efforts to stay afloat that saw the salaries of popular presenters, including Jeff Koinange, earn less than they normally do.

“The unprecedented outbreak of the Coronavirus in the world and Kenya, in particular, has had serious repercussions on businesses, including ours. This reality necessitates that we take difficult but necessary measures to see us through this period, ” said Waruru in a memo to all staff.

On Monday, Mediamax Networks shocked the media industry and Kenyans at large after sacking almost nearly 100 employees through SMS.

Workers unlucky enough to be on the Mediamax to-go list were notified of their fates through an SMS on Sunday night by various human resources managers, ruining the weekend for the men and women who have been playing a part in running the company.

In one message, human resources manager Maureen Wandera was the bearer of the bad news. “I am contacting you with regards to the redundancy notice issued on 21st of May 2020,” Ms Wandera writes in one of the texts reviewed by Business Today.

“The notice period has expired. Unfortunately your position has been affected by way of redundancy. I would like to invite you to Emory Hotel in Kileleshwa tomorrow, Monday 22nd at 8:55am to discuss what this means to your employment. When you get to the hotel kindly ask for me. We thank you for your indulgence and cooperation in this matter.” 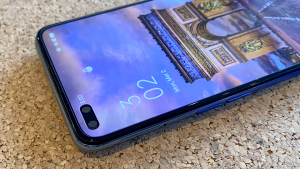